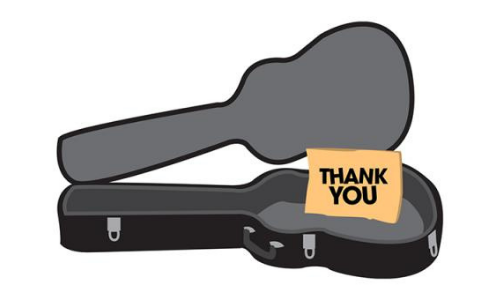 Tips for Musicians at the MN State Fair

706 people have signed this petition. Add your name now!

If the 2020 pandemic has taught us anything, it's that so many workers do not earn a fair wage. Musicians are no exception. By signing this petition, you are asking that the MN State Fair allows musicians & bands to have tip jars during performances and shows.

Allowing musicians and bands to have a tip jar during performances is the least invasive way musicians can ask for a decent wage during our experience and work at the fair. A tip jar is a way to get paid without having to ask each venue for a higher wage. This takes the pressure off of the venues and maintains the relationship that musicians have with them.

For many years, the MN State Fair has stated that they do not allow musicians or concession workers to solicit tips. The State Fair says that "The primary reason for this is our desire to not have fair guests feel as though they are getting "dinged" when they visit a booth or concession or enjoy free entertainment." This kind of mentality assumes that the guests are getting something for nothing. It dehumanizes us. As musicians, we have spent countless hours practicing and perfecting our craft to be able to provide entertainment for guests. The venues at the fair do not pay musicians much, especially considering the hassle it takes to load gear in and out of the fair grounds every night, and the hours we spent tirelessly entertaining the huge number of guests every night.

We are not asking the venues for more money. We are asking that the State Fair allows musicians to have a jar or bucket out so that if any fair guest wants to support local music, they can. Allowing a tip jar does not force anyone to give bands and musicians money, but does give them the option to make that choice for themselves.

It's simple, musicians deserve monetary gratitude. By signing, we are uniting in agreement that we should simply be allowed tip jars on stage with us.