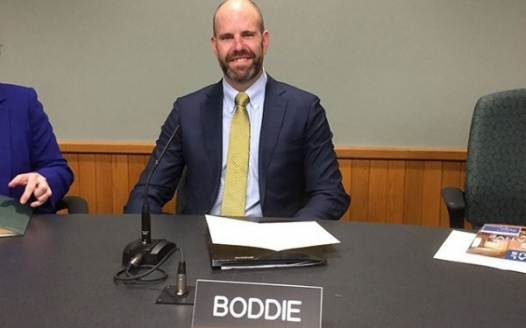 We Call Upon Nathan Boddie to Withdraw Candidacy

357 people have signed this petition. Add your name now!

We, the undersigned, call on Nathan Boddie to immediately withdraw from his position as the Democratic candidate for Oregon House District 54.

Whereas, credible allegations regarding Mr. Boddie’s past behavior, including but not limited to sexual assault, sexism, and homophobia, now is the time for Mr. Boddie to withdraw from the race for House District 54.

Mr. Boddie’s past conduct towards community leader Moey Newbold and others has been predatory, degrading, inappropriate and potentially illegal. Mr. Boddie’s reaction to such allegations was to attack the victim with libelous unfounded statements to the media. Such behavior indicates that Mr. Boddie is unfit to serve as a representative for House District 54.

As our nation continues to move forward in breaking the silence on instances of sexual misconduct, we must all commit to creating a better society, starting with our own community here in Central Oregon. The people of House District 54 deserve an ethical, morally responsible and respectful representative in the Oregon House of Representatives.

We, the undersigned, hereby call for Mr. Boddie’s immediate withdrawal as Democratic candidate for Oregon State House of Representatives.