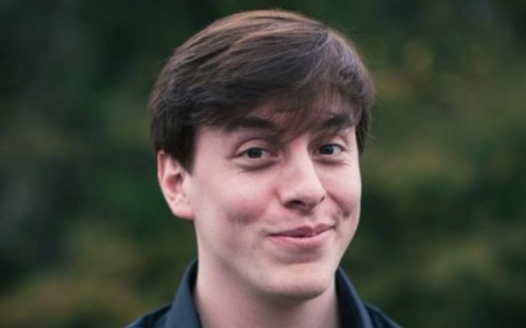 Thomas Sanders as next Disney Prince

Thomas Sander should be the next Disney Prince!

Thomas Sanders is a former Vine star and current YouTuber. Not only is he loved throughout theater communities, he is an advid Disney lover and supporter. Sanders has an exceptional voice (as shown with the links below) and is a magnificent actor (as shown in the links below). He has stared in multiple plays, including "Singing in the Rain" as Don Lockwood and "Heathers" as JD, as well as the Disney show "Bizardvaark". His charming personality cliques beautifuly with what a Disney Prince is about. Furthermore, Sanders is bisexual, which would only boost his popularity among newer generations and raise more awareness towards Pride. He has also been dubbed a Disney Prince by his fans and friends, and I would love to see this become a reality.

I would like everyone to highly consider signing this petition after watching some of the attached links. If you already know and love Thomas Sanders then please sign.

A Dream is a Wish Your Heart Makes-

Proud of Your Boy-

I'll Make a Man Out of You-