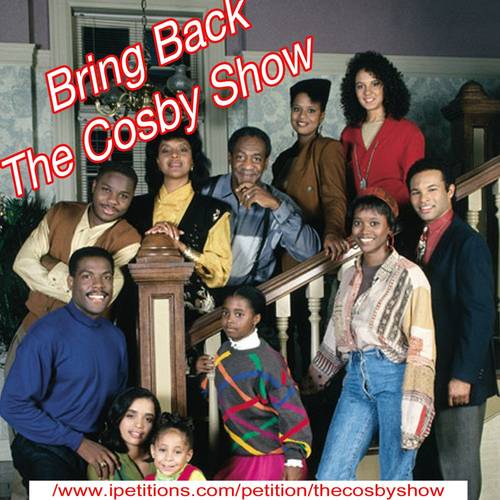 I See Equality 0 Comments
17 people have signed. Add your voice!
2%

The Cosby Show air on prime time television from 1984 to 1992. It displayed a positive message to the black community and to the world. That message is still needed today.

So we the viewers are requesting that the major networks return The Cosby Show to syndication during the hours of 4pm - 10pm; so that former and a new generations can benefit from this positive and family friendly work of art.