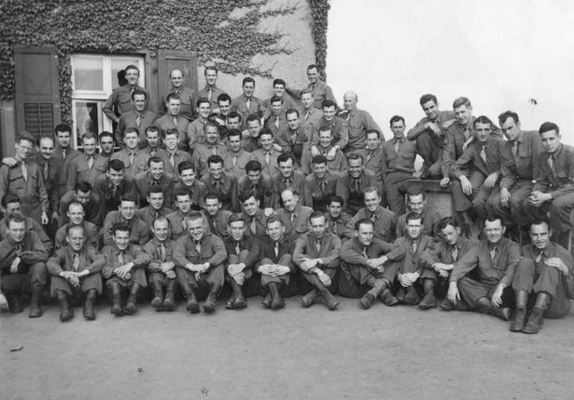 345 people have signed this petition. Add your name now!

To the Utah Congressional Delegation:

Stanley B. Nance, of Salt Lake City, is a proud WWII veteran who turns 100 years old on February 28, 2018. During World War II, Mr. Nance served in the 23rd Headquarters Special Troops, a top-secret deception unit better known as the "Ghost Army". The 1,100 men of this unit used inflatable tanks, sound effects, and illusion to fool the Germans on the battlefields of Europe, save American lives, and help win the war. They put themselves in harm's way, armed only with their bravery, wits and faux weaponry.

Their efforts were kept top secret for more than fifty years. As friends, family and admirers of Stanley B. Nance, we urge Congress to provide long overdue recognition to the Ghost Army by awarding them a Congressional Gold Medal.

Sgt. Nance was a high-speed telegrapher who served in the Ghost Army's radio deception operating from a radio truck he named "Kilowatt Kommand. " He and his fellow deceivers participated in 21 deception missions. In Normandy, during the Battle of the Bulge, at the crossing of the Rhine, the Ghost Army was there, playing an unsung role in bringing about Allied victory and saving American lives. In the 2013 PBS documentary The Ghost Army Mr. Nance summed up the unit's contribution this way: "If one mother, or one new bride was spared the agony of putting a gold star in their front window, that's what the 23 rd Headquarters was all about."

Less than 25 of the men who served in this unit are still living. Because their wartime efforts remained classified for decades after the war, the Ghost Army soldiers have never received official recognition.

As Mr. Nance approaches his 100th birthday, we ask that the Utah Congressional Delegation honor him and his fellow deceivers by co-sponsoring the Ghost Army

Gold Medal Act, S. 1256 and HR 2701, and working to convince House and Senate Leadership to move forward with these bills.

We the undersigned respectfully request that you grant this honor to deserving veterans of the United States of America.

Thank you so much!

Here is a link for more information about the Ghost Army: