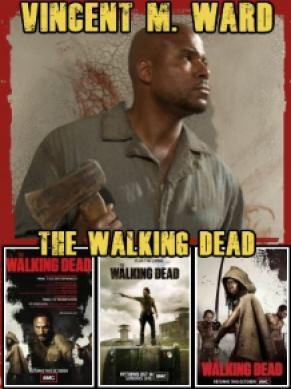 The Walking Dead - Bring "Oscar" Back For Season 5!

We the undersigned would like for The Walking Dead producers and writers to bring back Vincent Ward (Oscar) to the show. We don't know the entire outcome of his story and as fans we feel there is much of a mystery surrounding his "death". Fans have expressed a desire to find out if he was able to survive the attack at Woodbury.The fans have noticed that his body was never recovered from Woodbury. Rick Grimes has never been known to leave a member of his group behind, so why start now? Fans on numerous Facebook pages have suggested storyline outcomes such as: The possibility that Oscar has a twin brother who has met up with Morgan. There is also another possibility that Oscar had on body armor that helped him survive the attack in Woodbury. There are so many ways he could be brought back to the show and the fans are asking for an answer. We want The Walking Dead production and writing team to please have Vincent Ward (Oscar) written back into future episodes. He is an amazing actor and an incredible asset to The Walking Dead cast. His fans have even gotten a group page started at: https://www.facebook.com/groups/590176874378061/

We the undersigned would like to thank you for your consideration on our petition request.