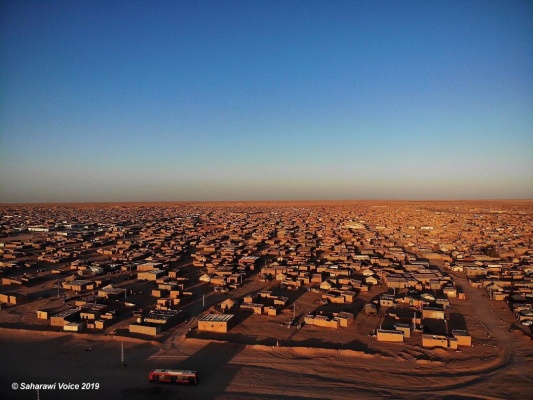 The United Nations must stop deserting the conflict in Western Sahara!

4124 people have signed this petition. Add your name now!

On October 30th, 2020, the United Nations Security Council renewed the mandate of the UN Mission for the Referendum in Western Sahara (MINURSO) for the 47th time since its creation in 1991 - without a human rights monitoring component. It is the only active UN peace operation created after the end of the Cold War without a human rights mandate and hence it is unable to monitor violations in neither the territory of Western Sahara nor the refugee camps in Algeria. It is also yet to fulfil the purpose for which is has been established; to allow the Saharawi people to express itself on its political future through a referendum, as it is entitled to under international law.

Western Sahara has been on the UN list of Non-Self-Governing Territories to be decolonised for nearly 60 years. It has also been the only one without a listed Administering Power, obliged under the United Nations Charter to bring the peoples of those Territories to a full measure of self-governance, since Spain relinquished its duty 44 years ago. The people of Western Sahara have been waiting for a referendum for nearly 30 years since the MINURSO has been deployed for that very purpose. Moreover, no new Personal Envoy has been appointed in 17 months since its last mandate holder, former German President Horst Kohler resigned in May 2019. In this context, how can the Saharawi people not feel abandoned by the UN and the international community when UN resolutions keep reaffirming their inalienable right to self-determination? How much longer can a people living under occupation and in harsh conditions in the refugee camps wait for the UN to do its job?

We are demanding that the UN do not forget the people of Western Sahara, the commitment it has towards them and the international community and the very reason it was created. We:

- Ask UN member states to demand that a Personal Envoy to the Secretary General for Western Sahara be appointed immediately in order to relaunch the negotiations between Morocco and the POLISARIO Front, the UN-recognised representative of the Saharawi people;

- Ask UN member states to insist on the inclusion of human rights within the mandate of the MINURSO, which would among others allow for an impartial and independent human rights monitoring in the territory and to hold to account the perpetrators of human rights violations;

- Demand that the UN Office of the High Commissioner for Human Rights (OHCHR) and relevant Special Procedures of the UN Human Rights Council carry out a visit to the territory and the refugee camps in order to assess the current situation;

- Demand ICRC to visit Sahrawi political prisoners held in Moroccan prisons for the sole reason that they were peacefully protesting to defend their inalienable right to self-determination.

International humanitarian law and human rights law are the basis of any rightful and peaceful decolonisation process. Ultimately, UN peace operations ought to safeguard a fundamental human right, the right to peace, from which derives the rest of core human rights as per the UN General Assembly resolution A/71/189 adopted on 19 December 2016. It is only logical that they incorporate, explicitly or not, human rights monitoring mechanisms. Western Sahara must stop being the UN’s human rights blind spot; human rights should be monitored, protected and promoted!