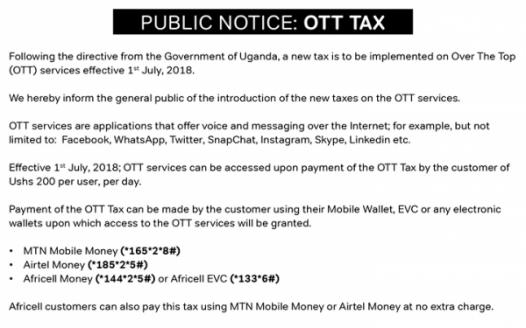 The Ugandan government in its continued desire to deny its citizens the right to social communication and info sharing has set and implementéd a Tax dubbed the OTT TAX in order for an individual to access social media and the internet in General. The tax is a 200 UGX paid daily by every simcard subscriber given that an average ugandan owns atleast two simcards making its 200 UGX daily.

This Petition seeks to attract public attention, world wide and raise awareness worldwide and assist the Ugandan citizens i forcing their government in reversing this deficion