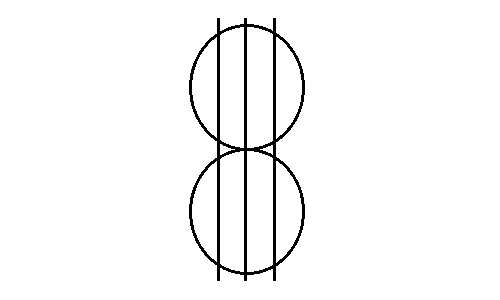 I. Purpose and Scope.

c. Adjustment of TCBs and Denarii.

The Universal Basic Income Act of 2020. This act establishes a Universal Basic Income in the form of a Federal subsidy of citizenship. This act includes various mechanisms to fund the subsidy. These mechanisms include, but are not limited to, new taxes of a Value Added Tax, Financial Transaction Taxes, a Carbon Tax, and an Inheritance Tax. Other mechanisms of funding include the issuance of Treasury Commodity Bonds.

Section I: Purpose and Scope.

The Universal Basic Income Act will be abbreviated as TUBIA. In the interest of preserving the public peace be it here by enacted that the basic living costs of the public be subsidized by the Federal Government. This public subsidy shall be awarded, per capita, to all citizens who are over the age of eighteen or who are emancipated minors.

TUBIA shall be in effect on January first, 2021.

Be it hereby enacted that a Value Added Tax be applied to all good at a rate of 10% times the income elasticity of demand for that good.

Be it hereby enacted that Financial Transaction Taxes are to be levied at the following rates.

Be it hereby enacted that an Inheritance Tax be levied at a rate of 5%, with the first $10 million of the value of the estate to be exempt from the tax.

Be it hereby enacted that a tax on carbon be levied on gasoline, power generation, and industrial sources of carbon dioxide at a rate of $40 per ton of carbon.

Be it hereby enacted that the United State Department of Treasury shall create Treasury Commodity Bonds (TCBs). TCBs shall be personal, portable, zero interest, and inflation adjusted. These bonds are backed by the promise to purchase commodity futures contracts. Remitters of the TCBs may choose which commodity future contact they would like to buy. The Department of Treasury will then purchase the selected commodity future contract from the derivatives markets and transfer ownership of the future to the remitter of the TBCs. Physical tokens of TCBs shall be initially minted but the United States Mint in denominations valued at $1, $5, $10, $20, $50, and $100 in 2020 dollars. These tokens shall be referred to as Denarii or ‘Ds’. The symbol for the Denarii shall be the figure 8 with three vertical bars though the center. Denominations of Denarii shall be issued in similar proportions as were issued for the cash Dollar. Domestic retail banks may buy and sell Denarii both from the public and from the Department of Treasury. Denarii will also be available to the public through the United States Postal Service or directly from the Department of Treasury. Daily valuations of the Denarii in terms of current USD value shall be published. The valuation of the Denarii is directly proportional to the TCBs that back them. Denarii are intended as a domestic token of exchange and shall be valid for all domestic debts, public and private. There shall be an embargo on Denarii. Denarii shall not be available for foreign exchange spot transactions. The Denarii shall not be issued to international banks. The Denarii can not lawfully be removed from the country. No more then 5 trillion in Denarii shall be in open circulation without congressional approval. The Denarii is intended to replace the Dollar in the cash economy.

Be it hereby enacted that all citizens over the age of eighteen and emancipated minors be awarded Food EBT starting at a rate of $200 a month per recipient. Food EBT will be administered by the Supplemental Nutrition Assistance Program (SNAP) on state issued EBT cards. Funds are to be utilized on a first in/first out basis where the oldest funds are used first. Unused funds over eighteen months old will revert to SNAP by escheatment.

Be it hereby enacted that all citizens over the age of eighteen and emancipated minors be awarded Cash EBT starting at the amount of $666 a month to be administered by Temporary Assistance for Needy Families (TANF). TANF is hereby renamed to The Public Subsidy (TPS). The $666 a month shall not have work requirements and shall not be referred to as welfare but instead be known as a stimulus. TPS may also issue additional funds as welfare in the traditional temporary basis with work requirements for citizens in need. TPS will utilize state issued EBT cards to disperse both stimulus and welfare.

The Department of Treasury’s Treasury Commodity Bonds (TCBs) will be allocated, per capita, to all citizens over the age of eighteen and emancipated minors. The monthly disbursement shall be equal to the value of the monthly issuance of TBCs rounded down to the nearest whole dollar. The balance of TCBs will be transferred to the Social Security Fund until the Federal Debt to the Social Security program is fully repaid, at which point the balance of TBCs will instead be transferred to the general fund. Personal accounts of TCBs will be associated with State issued driver’s license or Identification. Transfers from personal accounts TCBs can be made at domestic retail banks for Denarii or sold to the bank and deposited into direct deposit account as Dollars. Withdraws from accounts of TCBs into Denarii may also be made at the United States Postal Service or directly through the Department of Treasury.

If a citizen is incarcerated in a jail or prison the correctional facility may garnish both the entirety of the Food EBT and the Cash EBT to offset the cost of incarceration. The correctional facility may not garnish more from the Food EBT then it pays for the cost to provide food to the prisoner. The disbursement of TCBs to an incarcerated citizen shall be held in escrow and returned to the citizen if acquitted. The prisoner’s escrow will be subject to escheatment by the state upon the parole of a convict or in cases where the prisoner dies in custody (assuming the prisoner is not acquitted post-humorously, in which case the escrow becomes part of the deceased estate). The prisoner’s escrow may be garnished for attorney’s fees.

Disbursements of Food EBT shall be adjusted annually according to the annual change in the Consumer Price Index of food and beverages as determined by the U.S. Bureau of Labor Statistics.

Disbursements of Cash EBT shall be adjusted annually according to the annual change in the Consumer Price Index of housing as determined by the U.S. Bureau of Labor Statistics.

The Department of Treasury will issue Treasury Commodity Bonds (TCBs) monthly to equal or exceed one twelfth the amount of interest paid the previous year on servicing the national debt rounded up to the nearest one hundredth of a trillion dollars. TCBs will be issued in units that are equal to the current value of Denarii. The Denarii is equal to the value of the 2020 dollar plus 95% of the inflation since 2020.