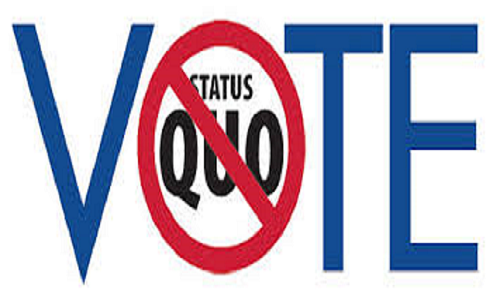 The status quo is no longer sustainable.

The Seventy Percent
54 people have signed. Add your voice!
2%

Conclusion:
We believe that Somaliland is at a crossroads. And the Somaliland public has choices to make in these upcoming elections. On one hand is the old apparition of the last twenty-five years of nepotism, poor public health facilities, indefinite political ambiguity, corruption, unfair judiciary system (where the public does not have faith in), high unemployment, election delays and self-serving leadership. On the other hand, there is an opportunity to change the status quo and gradually improve the livelihood of ordinarily people. This is only possible if we (the people) organize and disengage from old policies. We are not endorsing any of the political parties, they too are part of the eroded political class, which failed the Somaliland public. We are proposing a new contract with Somaliland Public in the next five years containing the following:

a) Strategy of ending Somaliland political ambiguity
b) Tackling youth unemployment
c) Qaad awareness campaign
d) Implementation of independent judiciary system. The courts must be free from the executive. We should never allow for president to sack any judge
e) Constitutional amendment
f) An increase of tax collection, including the diaspora taxation. Currently, less than 18 percent of the people in Somaliland pay taxes
g) More funding for social services: education, health, and water
h) Ending term extensions of all government branches
i) Increase corporate tax to levels equal to other countries in the region

It is our duty to strive to improve our selves. Our votes have consequences. And one has to be deliberate about who he/she chooses to represent them. We should only be voting in the coming election for the individuals who are willing to sign the contract with Somaliland people. Please sign to be part of change we are desire to bring about.

{ The seventy percent is a nonpartisan, nontribal, nonsectarian
gross roots movement. Our sole purpose is to shed light on real issues that
ordinary people face in Somaliland}