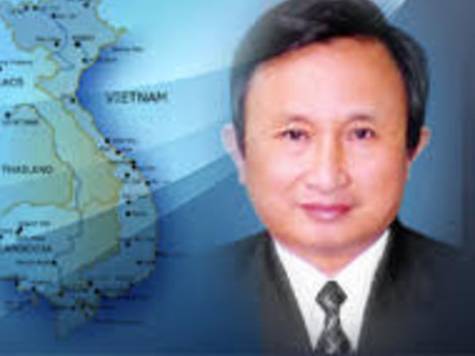 On September, 21 2015, at ten a.m, The government of Hanoi wildly broke up the doors of the place of the residence of the lieutenant colonel TRAN Anh Kim without mentioning a legitimate reason fearing neither God nor man using a free violence to kidnap him away from home.

The Security Police of the Communist Party used to continue to flout the Human Rigths aiming at all the contesting voices in the name of the Democracy in Vietnam without forgetting thousands of the other cases of political prisoners detained on a national scale in Vietnam.

To date, the Lieutenant Colonel TRAN Anh Kim is reported missing and his houses are completely ransacked. His wife, Mrs Nguyen Thi Thom, is under strict supervision of the Police Security of the Communist Party in her own residence.

The Lieutenant Colonel TRAN Anh Kim made public his voice through the medias : to peacefully carry out the combat for Freedom , the respect of the Human Rights in Vietnam.

This is an act of patriotism and justice to my fellow countrymen.

Now it is the good time to make our voices heard by you. You must remain that The Vietnamese Communist Party put down its signature in The Universal Declaration of Human Rights.
Waiting for your answer, Mrs, Mr, receive our best greetings.
Lieutenant Colonel Tran Anh Kim and his wiife’s address