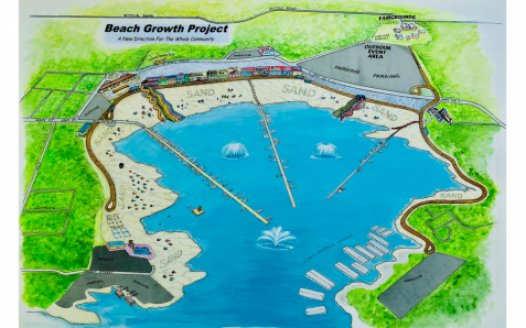 1237 people have signed this petition. Add your name now!

“Wanting to give back”

Since the inception, construction, and finally in 1963 the dedication of the Greers Ferry Dam & Lake, the citizens of Cleburne County have seen massive growth and development to the area. The Cleburne County/Greers Ferry Lake area has become predominately a retirement/recreational area.

According to the Greers Ferry Lake Resident Corp of Engineers Division there is approximately 430 miles of shoreline around Greers Ferry Lake. This shoreline consists of thousands of developed properties, mostly homesites, and only a limited amount of commercial activities. There are numerous lakeview developments and below the Greers Ferry Dam, we have the Little Red River and all the developments located adjacent to it. Needless to say, most of the desirable and buildable properties are gone. What is left to assist in the continuing growth of Cleburne County, Ar.?

Tourism and recreation have been our mainstay for some time now. There are nine marinas containing approximately 4,000 + rental slips for boats, etc. located around the Greers Ferry Lake area. The US Army Corp of Engineers provides 1200-1500 camping sites in their recreational parks around the Lake. I do not know the numbers for the Little Red River area, but it is comparable. You take all this real property into consideration and it sounds like an economic landslide, but all of us here in Cleburne County know better. With the existing population, their families, visitors, and tourists we should be thriving.

According to CENSUS.GOV, Cleburne County lost 1% of its population in 2017 alone. Have you noticed the number of empty established buildings in our communities? How can we help fix this issue?

There has been some “gossip” that the City of Heber Springs is contemplating the enlargement of “The City Beach” area. This could & should be a prosperous adventure. With that thought in mind, let me tell you of a plan to do just that.

Ten years ago, I presented a plan referred to as: “The Beach” to the Cleburne County Economic Development Commission. Guests of the meeting included 3 of the top managers from our local industrial development factories. With the help of local design engineers, Mr. Bill Mosley and Mr. Roy Walters, the proposal was submitted and gratefully accepted as “The wave for a new future” to boost the economic development of Cleburne County, AR. As with all great ideals; time, effort, and financing forced the plan to just be a proposal. It now sounds like the time might be right to reconsider the plan. It may require the construction to be done in stages, but the overall project would be a plus for our community.

With the completion of proposed new development; including the expansion of the beach area, new lodging facilities, all types of dining establishments, and even a waterpark theme for the younger generation, we have a win-win situation. We will present jobs, jobs, and jobs and a year-round income for the people within the Cleburne County, Arkansas area.

I would like to ask all citizens to consider your options, inquire among the local, municipal, and county government officials what changes would be necessary for this to become a reality. We may have to “bite the bullet” and resort to making some legislative changes or rule & law reforms.

This is your County. What would you like to see?

About the author: Ronnie Walters

Ronnie Walters is a lifetime resident of Cleburne County. The son of Gordon and Neva Walters was raised just West of Heber Springs, AR. He and his family have experienced first- hand life in Cleburne County before and after the construction of the Greers Ferry Dam & Lake. He is one of the few remaining lifetime residents old enough and still young enough to recall and reiterate numerous, hilarious, and darn-right historical experiences in the growth of Heber Springs and Cleburne County, Arkansas.

Ronnie’s professional career has risen from the common labor force to a Licensed Real Estate Broker/Owner, a SRA Designated/Certified General License Real Estate Appraiser for the Veterans Administration & Federal Housing Authority for 30 years, served on the Cleburne County Economic Development Commission for 20 years, and for the past 23 years the Owner/CEO of the Eden Isle Marina. Ronnie Walters would like to share with you the following: “Wanting to give back”