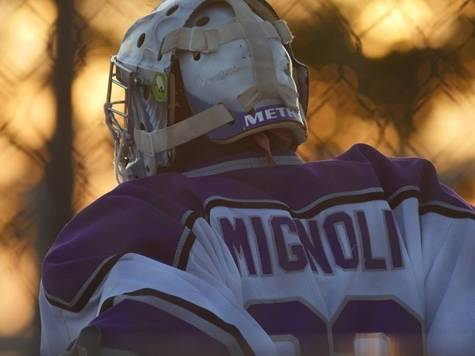 711 people have signed this petition. Add your name now!

Sam passed away on June 20th, 2016 at the age of 23. Sam was born and raised in Long Beach and his passion was hockey. Anyone who knew Sam will tell you that he lived and breathed for hockey. Sam was a star player on the Long Beach High School Ice Hockey team, played in the local Roller Hockey and Ice Hockey leagues and worked at the Long Beach Rink as a Coach. When he wasn't working he could be found at the rink in his free time cheering on his students and his brother Luke. Sam was well known and extremely loved by all who knew him. He was inspiring and full of life and had a way of lighting up a room just by walking into it with his beautiful, infectious smile. Sam was looked up to by many and loved by all and our Long Beach community and hockey family will never be the same without him. If anyone deserves to be honored and remembered, it is Sam Mignoli. There is nothing in this world that would have made him happier than knowing how many lives he touched and having the Roller Hockey Rink named in his Memory.