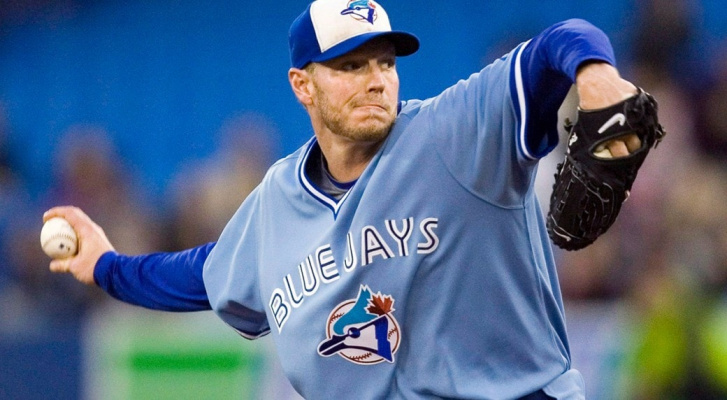 Shortly after Roy’s passing, I was on Twitter and saw a tweet by Dan Shulman suggesting that Major League Baseball name an annual award after Doc for the pitcher with the most innings pitched in the regular season. I thought this was a tremendous idea, so I started this petition to see if collectively we can make some noise, catch Commissioner Manfred’s attention, and make this a reality. As such, I ask that you sign the petition!

He was one of a kind. They didn’t make them like Roy Halladay anymore, but there he was, a true throw-back. An utter beast on the mound. Racking up complete games and innings pitched like in was the 1970s. In an era that became dominated by bullpen specialization, he didn’t need help. He started what he finished. He truly dominated. Doc led the league in innings pitched 4 times (2002, 2003, 2008 and 2010), and pitched over 200 innings 8 times. He was a 2-time Cy Young Award winner (once in each league). He was an 8-time All Star. Led the league in wins, twice. A 7-time complete games leader and a 4-time shutout leader. He pitched in the true sense. Getting opponents out with a combination of excellent ‘stuff’, superb command and sheer determination. Pitching to contact. Being efficient. In and out in 2 hours – sometimes less.

As a fan, I had the privilege to watch Roy Halladay pitch for over a decade while he was a member of the Toronto Blue Jays. He was my favourite player. I went to many of his games. His passing in utterly tragic. I know I speak on behalf of all his fans when I say that he was one of a kind and will be missed – here in Toronto, in Philly and across North America.

Recently, we’ve all be afforded the opportunity to celebrate Roy’s life and in the process we have learned more about the wonderful person he was off the field. The terrific husband, father and friend to so many. He was a role model and seemed like a fantastic guy. My thoughts go out to the Halladay family.