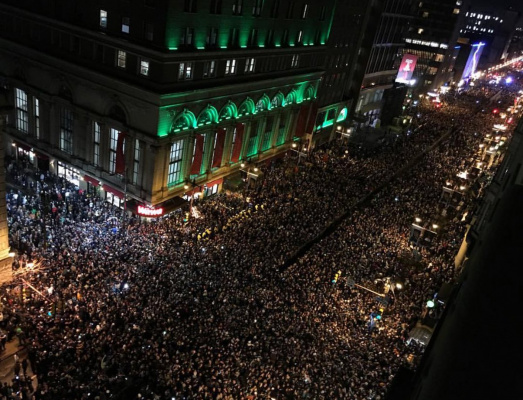 I am signing this petition in order to express the importance of canceling classes on Thursday 2/8/2018. As we all know the Philadelphia Eagles have achieved their goal of winning the Super Bowl Championship. This may not seem as if it has any correlation to Temple University and its class schedule, but nothing could be further from the truth. The Eagles winning the Super Bowl is a historic event for the city of Philadelphia. The love for the Philadelphia Eagles have brought together every race, religion, sexual orientation, and has served as a bonding point in families for generations. By forcing students to attend class you are robbing them of priceless, once in a lifetime memories they can share with their families. There is an estimated 3 million plus people expected to attend the parade. Since the parade will be going down Broad St., the heart of our campus, I find it irresponsible to hold classes due to the chaos caused by this many people flooding the streets. It is unsafe for students and faculty who commute to school to be forced to drive or walk through these crowds (81% of students have off campus housing according to https://www.usnews.com/best-colleges/temple-university-3371/student-life). A lot of the parade participants will be heavily consuming alcoholic beverages. This will lead to emotions running even higher than they already are and could lead to physical harm to individuals and to vehicles that may be trying to get through crowds. Even though SEPTA will be running it will not be an effective way to get to school. This point is proven by the 2008 Phillies World Series Win. When the Phillies won in 2008, SEPTA trains were at capacity and could not make most of their stops. For students who somehow can make it class through all this chaos the parade will provide an enormous distraction before during and after class. Overall by having classes on 2/8/2018 has beneficial factors to students or faculty. We encourage you to do the right thing.