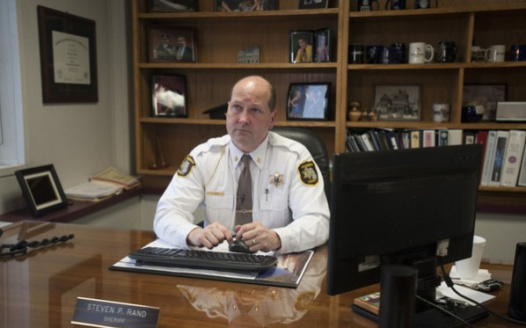 This is a petition to have Jackson County Sheriff Steven Rand removed from his position.

Dobies sent a two-page letter and 189 pages of media coverage to Agustin Arbulu, Michigan Department of Civil Rights director, on Monday, March 26, and said he spoke with him over the phone.

Dobies is unsure if the topic will be discussed at the MCRC March 26 meeting in Detroit.

The commission investigates alleged discrimination in the state, as laid out in the Michigan Constitution.

A federal lawsuit alleges Rand is a "multifaceted bigot" whose derogatory comments have targeted women, blacks, the disabled, the LGBT community and other groups.

Audio tapes released by a lieutenant suing Jackson County and the sheriff show Rand referred to a female judge as a 'scatter-brained c---,' and that he'd like to make a pornographic film in which he kills a courthouse employee while having sex with her. The sheriff has acknowledged it is his voice on the tapes.