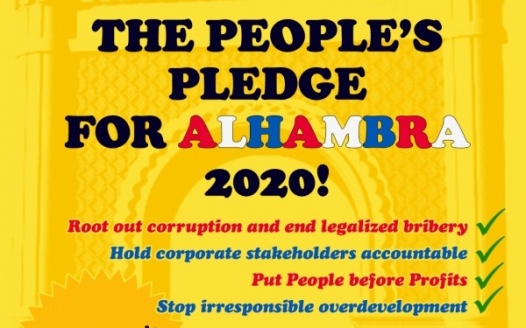 Alhambra, like many local cities, suffers from the effects of overdevelopment, high-density spot developments like “The Villages” that lack careful and coordinated city planning and oversight, an absence of accountability for developers, and the corrupting influence of deep corporate pockets on our civic leaders. Therefore, we need City Councilmembers who will put people before profits and Alhambrans before corporations; who will have the guts to say NO to corporate greed and influence and to vote in favor of the collective appeals from the community instead.

If a current or prospective city councilmember