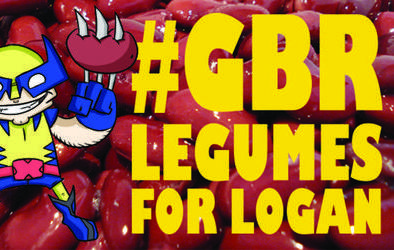 If 20th Century Fox plans to make an Old Man Logan movie correctly, it will need all studios to shake hands and work together. This film could in fact be the highest grossing movie of all time if they do so. If Fox chooses not to work with Marvel Studios and Sony Entertainment, major plot points will cease to exist. Together we can all make this the Comic Book Film to end all Comic Book Films! Join GeekBattleRoyale.com in our quest to have this story turned into the greatest film of all time! We would also like to encourage everyone not only to sign the petition but mail each company respectively. We here at Geek Battle Royale will be sending packages of beans to all studios. This is in reference to Logan asking his son Scott if he had any magic beans to sell. All packages will be labeled, #GBRLegumesForLogan We encourage you to do the same. Let's show these studios we are willing to give up our magic beans to have a glimpse of the perfect Old Man Logan movie. Thank you for your support! Please visit www.geekbattleroyale.com for updates.