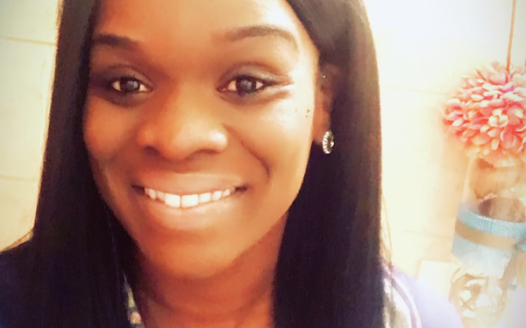 The legislators who abolished parole in the State of Florida either had a sick sense of humor, or they just mindlessly enacted a piece of nonsensical legislation that continues to this very day to absolutely defy all sense of logic.

All persons sentenced prior to October 1, 1983, or convicted of crimes committed prior to October 1, 1983, and not sentenced under the sentencing guidelines, who receive a sentence or cumulative sentence of 12 months or more (with the exception of persons sentenced to death), or those persons convicted of crimes who were sentenced with a 25-year minimum mandatory with eligibility for parole after service of the mandatory portion of the sentence and who have satisfactory prison conduct are eligible for parole.

The absurdity of what the legislators did when they chose to enact the sentencing guidelines abolishing parole for offenders sentenced for crimes committed on or after October 1, 1983, lies in the fact that persons sentenced to life for crimes committed after October 1, 1983, such as (non-capitol felonies), a lesser degree of crime, will spend the remainder of his or her life in prison without the possibility of parole.

The number of inmates serving life without the possibility of parole in the State of Florida is staggering.

In the State of Florida one should never be under the illusion that he or she has to commit an act of murder or caused serious bodily harm during the commission of a crime to be a candidate for a life sentence.

Florida has a plethora of crimes that can result in an individual spending the remainder of his or her life in prison.

After October 1, 1983, Florida legislators passed a series of punitive legislation called [Habitual Felony Offender Laws] making it extremely easy for judges to issue out extraordinarily harsh sentences, not only for violent felony offenders, but for non-violent offenders as well.

Habitual felony offender laws were designed to throw away the key on those that have not committed capitol felonies such as murder or rape of a child under 12, but are repeat offenders.

And as a result of Florida's wide array of habitual felony laws, there are thousands of men and women locked away in prisons all across the State of Florida that are not parole eligible serving insanely ridiculous prison sentences.

In 2014 according to a report written by the Sentencing Project, a Washington, D.C. based nonprofit criminal justice advocacy group, there were 8,407 inmates in the State of Florida serving life without the possibility of parole.

We can all agree that if a person commits a crime, he or she should be held accountable and punished for his or her crime. However, the punishment should fit the crime. A life sentence in the State of Florida is a death sentence; a slow death by natural cause.

If a person has not taken a life, then his or her life should not be taken. He or she should be given an opportunity after serving a reasonable amount of time to correct him or herself. A life sentence is an alternative to a death sentence. Sentencing someone to spend the remainder of his or her life in prison when the crime he or she committed does not warrant a death sentence is not punishment, it is revenge.

Question: Why do you suppose legislators enacted the sentencing guidelines thus abolishing parole for those sentenced after October 1, 1983 with the exception of capitol felonies?

According to the legislators the intended purpose was to eliminate unwarranted the subjectivity in interpreting specific offense-related and offender-related criteria and in defining their relative importance in the sentencing decision. The sentencing guidelines embodied the following principles: 1. Sentencing should be neutral with respect to race, gender, social and economic status. 2. The primary purpose of sentencing is to punish the offender. Rehabilitation and other traditional considerations continue to be desired goals of the criminal justice system but must assume a subordinate role. 3. The penalty imposed should be commensurate with the severity of the convicted offense and the circumstances surrounding the offense. 4. The severity of the sanction should increase with the length and nature of the offender's criminal history. 5. The sentence imposed by the sentencing judge should reflect the length of time to be served shortened only by the application of gain time. 6. While sentencing guidelines are designed to aid the judge in the sentencing decision and are not intended to usurp judicial discretion, departures from the presumptive sentences established in the guidelines shall be articulated in writing and made when circumstances or factors reasonably justify the aggravation or mitigation of sentence. The level of proof necessary to establish facts supporting a departure from a sentence under the guidelines is a preponderance of evidence.

As laudable as the intended purpose of the Florida's legislators may appear to be on paper, the harsh, ugly reality is that thousands of men and women, many of whom have already served decades in prisons, will spend the remainder of his or her life in prison while murders and child rapist remain parole eligible.

What is the cost to taxpayers to warehouse an inmate in the State of Florida for the remainder of his or her life? According to the Department of Corrections, Florida's proposed budget for 2017 was a whooping 2.4 billion dollars including 57 million in new money, with healthcare cost for inmates at 286 million.

Cost per-day to care for inmates is 50 dollars a day. You times that by 365 days just for one year for 8,407 inmates, mention that they are not parole eligible, that translates into 146,857,750 million dollars. Rickey Smith

I can remember being a little girl and whenever I would hear the jingle of my dads car keys I knew that meant he was headed out, I would run and get my shoes because I knew no matter what he was going to allow me to go with him, even if my hair was a mess or if I had on my pajamas. I was his little girl and even at four years old I knew I was loved by him. I wanted to share that early memory of my father with you because whenever I think back on it, it makes me smile, my father was taken away from me in 1988, I don't want to give you the impression that he was killed or anything; however because of a negative choice he made he was arrested for three counts of armed robbery. No one was physically hurt during the commission of the crime, and he takes full responsibility for his actions. The judge in his case at that time offered him 50 years with a 15 years minimum mandatory when he refused her offer and was found guilty she sentenced him to an 80 year, 90 year and a natural life sentence. My father has been locked away in prison for almost 29 years and I couldn't believe it when he told me that he was not parole eligible. I just assumed after serving 29 years that he would be eligible for some form of relief. My father explained to me that parole was allegedly abolish October 1, 1983 except for CAPITAL FELONIES. I had no idea concerning the difference between a capital felony and a 1st degree felony. My father is going to need a capital felony, a felony such as murder and rape of a child under 12, I thought it to be quite strange that the law would grant someone a form of relief that had taken a life or raped a child under 12, while individuals like my father have been locked up for decades and left to die in prison. Now I understand that my father should have been punished for the crimes he committed; however I don't feel that he should pay with his life. My father didn't receive that amount of time because the judge felt he was a threat to society but because she initially offered him 50 years for all the charges with a 15 year minimum and I know most people would say well why didn't he take the time offered, but he has a right to go to trial without the fear of being punished. And because my father exercised that right he was sentenced with malice, the judge sentenced my father to die in prison simply because she was upset with him for not accepting the time she originally offered him and that is an injustice and there are so many other individuals locked away in the same situation as my father. Ricquesha