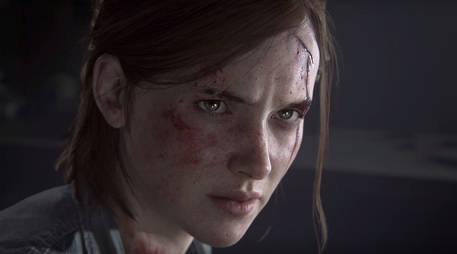 The Last of Us 2 & Major League Gaming

First off, thank you, any and everyone, for taking the time to look this over. My name is Daemon Stashko, but in the Last of Us competitive community I am known by the PSN, StriKerEureKa-_. I've been a competitive gamer for nearly ten years now, participating in the Pro Circuit Ladder (PCL) for Call of Duty 4 and Modern Warfare 2, The Pumpkin Cup and TLOUFIX tournaments for Last of Us, and a consistent player on Fragged Nation for The Last of Us since Season 3 (now on Season 14). I have played with and against many top teams on both Call of Duty and Last of Us (FeaR, EnVyUs, OpTic, Scrub Central, Gifted, One Above All, etc.), so I am confident in saying that my experience with competitive gaming is expansive, knowledgeable, and potentially beneficial.

Never in my history of online multiplayer, either first or second hand, have I seen such a fine example of communication, teamwork, strategy and tactical play as I do in The Last of Us competitive community. It's the bare bones and minimal style of gameplay that allows this; i.e. two head shots to a down with the majority of weapons, ammunition kept sparse, and the use of cover being of extreme importance in regards to both keeping a steady shot and maintaining what little health you’ve been provided. All of this combined with phenomenal map structure, team fire, and the use of smoke and nail bombs provides for invigorating 4v4 gameplay similar to how I’d imagine a S.W.A.T. team might approach a hostile situation. One down on the opposing team triggers a series of pushing choke points, smoking out angles and surrounding cover, and/or throwing a bomb to prevent a revive and potentially downing another opponent. That being said, knowing when NOT to attack can be just as important. With the variety of survival skills The Last of Us provides, a downed enemy can just as easily lead to your squad being taken out due to a careless rush (perks like Reviver 3 and Hawk Eyed 2 can be catalysts in these game changing events). Another huge factor this game represents are ‘clutch’ moments. There are few things more thrilling than having an entire enemy team rush at you only to be outgunned and outmaneuvered, allowing you to maintain the lead and motivate your team to take home a hard fought victory. These are the circumstances that make for spellbinding combat.

Our goal with this petition is to seize the attention of both Naughty Dog and Major League Gaming, to show them this community is substantial and devoted to the competitive side of The Last of Us, and that it should be taken just as seriously as games like Call of Duty, Rainbow Six: Siege, and Overwatch. We have players from the United States, Brazil, the United Kingdom, all over Europe, South America and the rest of the world that even nearly 4 years later turn on their Playstations solely to play with and against the some of the most aggressive players to ever hold a controller. You guys have given us a game, and with it we have formed a way of life.

Look for the light,
StriKerEureKa-_