The Human Right To NO PESTICIDE POISONING!

INTRODUCTION
The 'legal' right to freely enforce pesticide applications (without fear of prosecution and charges of negligence and disability discrimination) is currently being stitched up globally, and particularly and perversely in Western nations under the political influence of Big-Pharma.  These legal dynamics demonstrate "rot within a political system" (Aulich 2006) and clearly describe the closing stages of a corrupt and technology-obsessed civilization that puts the convenience of pesticides ahead of its literal future.
DISCUSSION
What Do We Really Want?
Note:  "Most tragically, suffering, illness and disease surround us today in a way we would not have imagined a half century ago.  We have banished some diseases only to have them replaced by a grumbling yet profound toxicity which is stripping our children of their rightful future" (Donohoe, 1998:38).
Also: "...pesticides are strongly linked to birth defects... science will not solve this problem for us.  Isn't it time to consider a human rights approach, an ethical challenge to the poisoners?...  The old science-based strategy has failed us.  Perhaps a new, precautionary path can get us where we need to go.  The precautionary principle says, 'When an activity raises threats of harm to human health or the environment, precautionary measures should be taken even if some cause and effect relationships are not fully established scientifically' "  (Montague, 2001).
"Now the Lymphoma Foundation of America has pulled together and summarized in a 49-page booklet all the available studies of the relationship between lymphoma and pesticides.[2]  It is an impressive piece of work by Susan Osburn, who directed the project, and a scientific review panel of 12 physicians and lymphoma researchers.  The booklet summarizes 99 studies of humans and one study of pet dogs (see REHN #250) in relation to pesticide exposures.  Of the 99 human studies, 75 indicate a connection between exposure to pesticides and lymphomas...  The Lymphoma Foundation's booklet lists 12 ways that most of us are routinely exposed to pesticides in our daily lives even if we use no pesticides in our homes: routine spraying of apartments, condos, offices (and the associated lawns), public buildings and public spaces (parks, green spaces alongside highways, power line rights of way), and in motels, hotels, and restaurants...  We might well ask, where did these corporations get permission to violate our well-established human right to personal security?  And why do we allow these toxic trespasses into our bodies to occur without our informed consent?[4]  In other words, we might begin to view pesticide exposures not as a scientific question, but mainly as a question of morals and ethics, a question of human rights...  Pesticide exposures seem to give rise to Parkinson's (REHN #635) - a horrible degenerative disease of the nervous system.  Pesticide exposures diminish children's memory, physical stamina, coordination, and [the] ability to carry out simple tasks like drawing a stick figure of a human being. (See REHN #648.)  Pesticide exposures seem to make children more aggressive.  Pesticide exposures seem to contribute to the epidemic of attention deficit hyperactivity disorder (ADHD) that has swept through U.S. children in recent years (See REHN #678.)" (Montague 2001).
My Son & I Poisoned: All Associated With My Legal Case Bankrupted
My son (at age 8) and I were both poisoned (me severely) when we had two pesticide treatments forced on us by the New South Wales Department of Housing (see: http://poisoningandlegalaction.com.au).  I, the pesticide injury victim, was blamed wholly by Housing's Barrister in my trial for our poisoning, and yet I had warned Housing and the pesticide company 8 times not to spray because of my chemical-sensitive asthmatic condition!  See: http://www.indiegogo.com/poisoned-people.
Further, and in tune with the above heading's theme of the expanded negative impacts that bleed out from litigation, my nephew (who funded my legal action) has been bankrupted by the never-ending legal and medical report fees that 9 years of legal action demanded.  See: http://indiegogo.com/the-good-samaritan.  My son's psychological health has been devastated by his poisoning at such a young age, and my physical and mental health have been utterly ruined.
All this because companies and authorities obscenely demand the fascist right to willfully expose you, the paying public, to toxic chemicals regardless of the toxicity of the chemical substance and regardless of your personal health or age.
Think about renting for a moment: aren't you also paying your landlord to be reasonably protected in your rental accommodation? 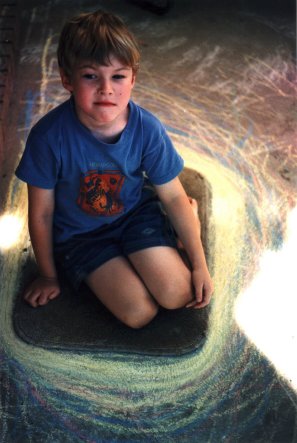 Poisoned People  A website for those poisoned by toxic chemicals -- particularly pesticides -- or those who wish to avoid pesticide poisoning.
Poisoning And Legal Action  A website showing what forces you are up against when you take legal action against a government department after they forced two pesticide treatments on you and ruined your health.
Indiegogo.com Campaign 1  A website where you can help me and my son fight against a legal decision that does not protect people from chemical poisoning.
Causes.com Campaign 1  A website addressing the need for funding for our Appeal to reverse a Supreme Court decision allowing companies and governments to freely splash around pesticides.
Change.org Campaign 1  A website about: With Western legal systems constantly doing deals with well-moneyed poisoners, commercial and government interests are being unethically and unprofessionally favored in legal decisions.