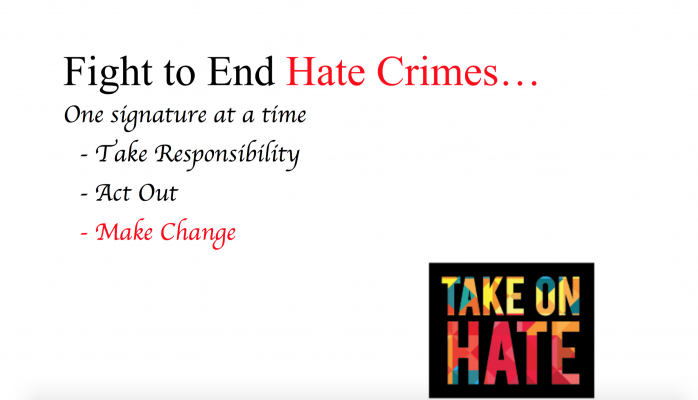 The End to Hate Crimes on College Campuses

Hate crimes have became a racially biased issue on college campuses worldwide. As a college student at the University of Maryland, who has had personal concerns about the issue, I would like to bring awareness to the matter and work to make social change. This is not a problem to be solved overnight, but with growing awareness we can begin to diminish these incidents both communally and globally. Together, we can crush this problem, one signature at a time.