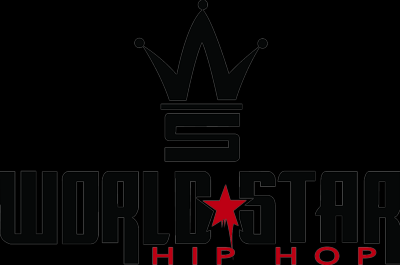 I would like to speak to anyone who is capable of understanding this message. I come to you as a normal person. Not a celebrity or a politician. But as a man. I come to you and pose one simple question;
Why did we let it get this far?
We have taken what used to be candid entertainment and turned it into completely destructive fire to the fabric of the little morals we have left in America. I've seen the most vile, cruel, and evil behavior on the internet but there is no portal greater then the one which is the subject of this online petition.

WWW.WORLDSTARHIPHOP.COM
Now, when this website started in 2006 as a online source of hip hop news and media, it was considered a pioneer of entertainment websites. An avenue for the lastest in hip hop news and upcoming artist releases. You could even download mixtapes! Which in 2006 was pretty cool! But it didnt take long before the site was riddled with problems. Hackers cracking code and spamming basically tore the site apart. But it was redeveloped in to a media hub. A place where the gossip of the hip hop nation could reach home instantly. Over the span of 6 years we have seen this website change from watching celebrity quarrels at award shows to seeing people shot in public. Yet the headline still read "Hip Hop and Urban News".

From the looks of this, if this is what our "urban news" consists of, we are a huge group of violent, uncontrollable, substance-addicted animals.

Why did we let it get this far?
When we see our young black women acting completely out of civilized behavior. Shaking their bodies in their underwear and beating each other senseless while on-lookers promote the display by broadcasting it across the nation. Im sorry...excuse me ....ACROSS THE WORLD.

Why did we let it get this far?
When young men are walking the streets looking for people to punch in the face for no reason because they think its funny. When someone is in danger of losing their life people's reaction is to grab the nearest mobile camera and scream "WORLDSTAR!" While relaying the display of foolishness to the masses instantly killing our culture little by precious little.
Our youth has been completely desensitized by the "freedom" that is the internet. The fact that a toxic entity that promotes violent behavior is allowed to consistently display this viral mental poison during in such an unsettled time for our country.

This website is not the only problem, but in this time of a completely majorly mobile society, there has to be a line drawn.

I call for either the complete termination of WorldStarhiphop.com or a strict re-evaluation of is video submission policy. Its time we just stop this downward spiral of the internal destruction of our nation.
We need to hold this website accountable for its influence on the spreading of ignorance and violence among the most influential people we have...our youth.