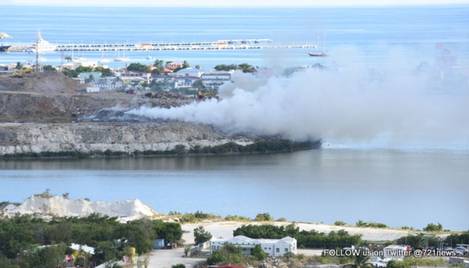 The Sanitary Landfill (aka The Dump) problem on St. Maarten

SHOW THAT YOU CARE.

Request the Council of Ministers to prioritize and address the Sanitary Landfill (aka The Dump) on Pond Island in Philipsburg, St. Maarten NOW!

We, concerned residents of St. Maarten (hereinafter referred to as “Residents”), would like to ask your attention for the below.

Taking into consideration that:

1. Prioritize this issue to be dealt with urgently in the next COM meeting

2. Issue and communicate a deadline as to when a solution to the Sanitary Landfill problem can be expected.

3. Issue an instruction, including a deadline for project completion, to the relevant Government Department(s) to execute the project that tackles the Sanitary Landfill problem.

We thank you for your time and attention to this urgent problem facing many residents of St. Maarten.