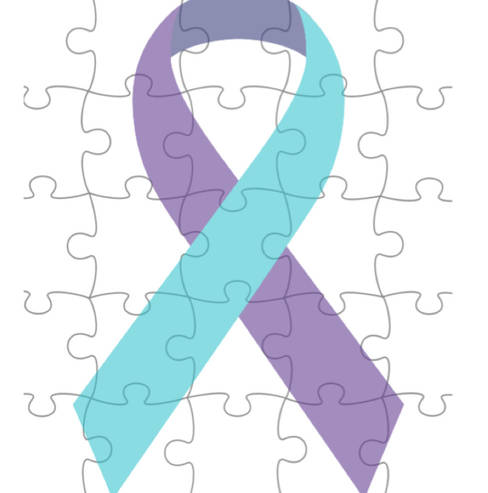 The story behind the name:

The Denver Project comes from a person. A very, very special person. Denver was my best friend. He had the most beautiful greenish blue eyes and brown hair. He was one of those people that if you talked to him, it seemed like you known him your entire lifetime.

I was an online school student when I met him. I was depressed, stressed and alone. I had to leave the school and friends that I loved because of my health. He made forget about everything. He was the only one I had. We would talk constantly day and night, it got to the point he would get in trouble for talking to me during class.

He had autism, this factor did not really matter to me; he was Denver, and autism made him who he was. But to others, it mattered - a lot. He’d get slammed against lockers daily from class-to-class, and horrible names shouted at him. The emotional and physical pain and damage that was caused by those students is indescribable, all because he was a little different from others.

In result, Denver developed severe depression and anxiety. He would text me the most darkest messages, I couldn't even describe how much pain those students put him through. I tried to help him, but his heartache was so severe.

Until one day in late March, Denver’s heartache was put to rest. His mother messaged me saying that he had hung himself early that morning, and was found by his little brother. He thought everything of Denver, I couldn't imagine how much it hurt him to find his hero - gone forever. I couldn't help Denver when he was alive, but I'm going to help him now. I don't want him to be just a memory. I'm going to give my best friend the legacy he deserves with The Denver Project.

The purpose of the Denver project:

With this project, I want to reach out to teeenagers and talk to them about suicidal thoughts and how they are not alone in this big, crazy world. I understand millions of schools put on anti-bullying programs, but they're not hitting home with myself and others. People have suicidal thoughts for more than just bullying as the reason, I know bullying can be one of them but if we really want to lower teen suicide rates, we need to just talk about the problem itself. In a small conservative town like loogootee we don’t talk about these things and let the kids be alone with their thoughts which is the most dangerous thing we can do. There are kids having thoughts and think they're alone and think it’s wrong that they're having these thoughts. Which its perfectly normal to!

My goal with this whole program is to help just one person; that one person that thinks they're alone, the one at their breaking point - I've been there. I understand this feeling more than anyone and I'm living proof you can get through it too.

When Denver passed, my depression and anxiety sky-rocketed. I would have anxiety attacks almost every night. The thoughts that would haunt me every night would keep me awake for hours; “Why didn’t i try harder to help him?’’, “Why didn’t he tell me about these thoughts more often?’’ “ wny, wny,why,”. It got to the point, that I didn't want to be on this planet without my best friend. They only way I could cope with the pain, was by inflicting more pain upon me; I started to selfharm. I understand how it feels, to want to put yourself through the most excruciating pain just so you don’t have to feel anything else. This went on for about a month and a half, until my friend, Jay, found out my past - and what I was doing to my body. If he didn't find out what I was doing I don't know where I would be today. He said to me “Stay alive for Denver, for me, for Kaylee. Think of all the people you will be passing that pain to if you leave this earth.” I’m so thankful for that day, I stay alive everyday for Denver and The Denver Project, Because I know i’m the only one that can make this happen.

How I’m going to get this project started:

First, I need to get the message and name out there by doing so, I’ve made a Facebook page and a logo so the people will recognize the project. I also have a petition to show that people actually want this to happen and support it. My plan is once I have enough or a decent amount of signatures or recommendations, I will go to a trusted resource at the school first before the principal and get their opinion on the project. Once I get their approval, I’ll email the principal or set up a meeting to explain The Denver Project in full detail. Also, show the petition to show that people want this and needs to happen.