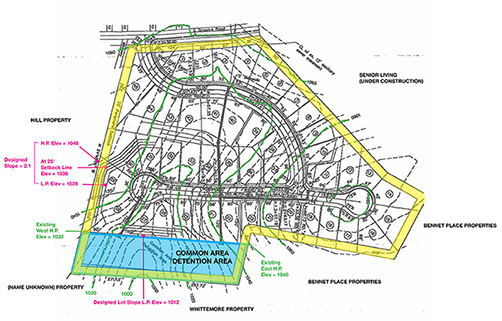 The Cove at West Hills - CONCERNS!

The Cove at West Hills is a 12.4 acre property with a proposed 45 homes. Current Concept Plan from developer is LIMITED ON THE FOLLOWING DETAILS:

West Hills is NOT against development, but rather concerned about the lack of details concerning the present proposal. Potential flooding of both West Hills and Cavett Station, home density and additional traffic on Broome Road +500 cars per day are troubling. More information is needed before West Hills and others feel comfortable supporting.

Would you PLEASE SIGN THIS PETITION IN OPPOSITION of The Cove at West Hills. We simply need more time to work with the developer.

Next MPC meeting is April 12 at which they are asking for approval of this plan.