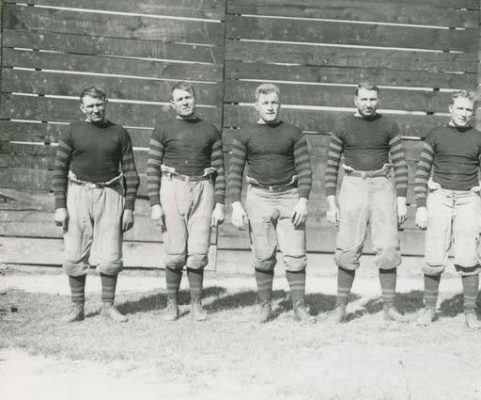 Recognition of the Panhandle team in their hometown

The Panhandles were a Columbus pro football team made up of mostly family members. They were the forefathers of American football, the hometown heroes. These signatures are in hopes for a commemorative plaque created in their honor displayed in a playing field named after them. This will inspire our youth, and represent the strength and fortitude in the early days of living in Columbus Ohio. The Panhandles were more than a team that you see on the football field, they also represented family unity and loyal friendship. The humble beginnings of this football team played a major part in the eventual creation of the NFL. The Panhandles are the roots of Columbus, they deserve recognition in Columbus Ohio just as Columbus Ohio was recognized in them.