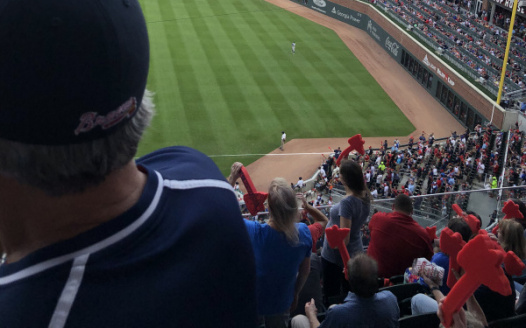 The Braves need to move on from the Tomahawk Chop

The tomahawk chop has been a big part of Braves games since the early 90’s. Even so, the concept can be perceived as horribly offensive and unbelievably insensitive. It’s embarrassing to see fans and media members from other teams continuously call us out for it. Even if you don’t believe or care about the racially insensitive aspect of it, you have to admit it’s not good publicity. We could adopt United’s A-T-L chant instead.