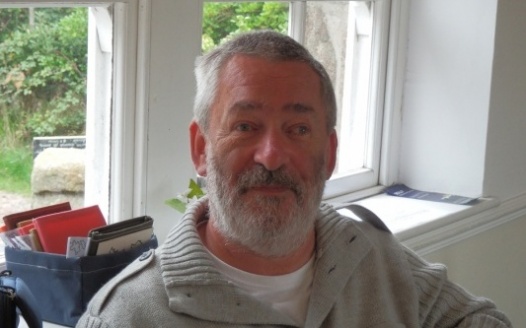 The Archive of Lawrence Upton

The artist and poet Lawrence Upton had no Next of Kin as far as any of his friends are aware. An article posted by Riley Krause on 24th February in the Sutton and Croydon Guardian entitled, “Touching tributes to Carshalton man who was a 'leading figure in the British Poetry Revival'” indicates the importance of moving as swiftly as possible to secure Lawrence’s archive material and ensure that it is held for future scholars and practitioners. Lawrence was extremely well regarded by academics and fellow artists around the world although he never gained commercial success in his lifetime. The documents and letters in his house will contain materials that are invaluable and irreplaceable reference materials for scholars and practitioners alike. Richard Price (Head of the British Contemporary Collections at the British Library) has already expressed an interest in material concerning Bob Cobbing and Alaric Sumner. Lawrence worked closely with both of these artists before their deaths. Goldsmiths University has expressed interest in Lawrence’s materials as a prominent artist in his own right.

We are distressed at the thought that over half a century of artistic endeavour may end up in the landfill if his case is referred to the Local Authority and he is declared intestate. If anything can done to facilitate a search of the premises for a will his executor Tina Bass would be very grateful or, if his possessions do become property of the Local Authority, allowing removal of his documents and papers by his friends so that works that are of national importance can be archived.