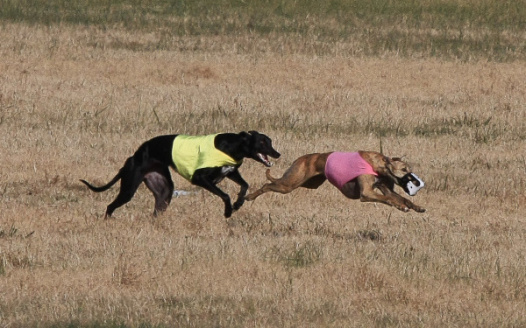 The anti-racing, anti-NGA Greyhound Greyhound Club of America should not be the ASFA-recognized breed parent club for Greyhounds!

(2) In the recent past, the GCA sought to close the AKC Greyhound Stud Book to all NGA-registered racing-bred Greyhounds. Only action by the AKC Board of Directors prevented the GCA from excluding the largest constituency of the Greyhound breed from being cross-registered with the AKC, or their offspring being registered with the AKC. The GCA has never renounced its anti-NGA Greyhound action, and has in fact denied membership to applicants who publicly criticized the GCA for that exclusionary action. Through this action the GCA made clear that it has no intention of acting as a true breed parent club representing all the constituencies of the Greyhound breed.

(3) The GCA routinely declines membership applications from members of the Greyhound fancy who aren't involved in show Greyhounds or who have criticized its exclusionary practices and policies. Additionally, the GCA makes no outreach or attempt to encourage owners of racing-bred or coursing-bred Greyhounds to join the GCA so that it becomes a welcoming, inclusive and diverse parent breed club. The GCA clearly is content with representing almost entirely, and only, owners of show-bred Greyhounds whose primary interest is the show ring rather than running sports.

(4) There is no inclusion, or even mention, in the GCA's objects or purposes as set forth in its club constitution of the holding or support of running events like lure coursing, open field coursing or racing. Only dog shows are expressly mentioned. Clearly the GCA sees itself as almost exclusively an organization for those whose interest in Greyhounds lies in the show ring, and not at all for members of the Greyhound fancy whose primary interest is running sport. At best, the GCA gives running sports only passing, minor event treatment at its sanctioned events.

An organization with so little interest in the Greyhound breed as an athletic, running breed has no business being the ASFA-recognized breed parent club for Greyhounds!