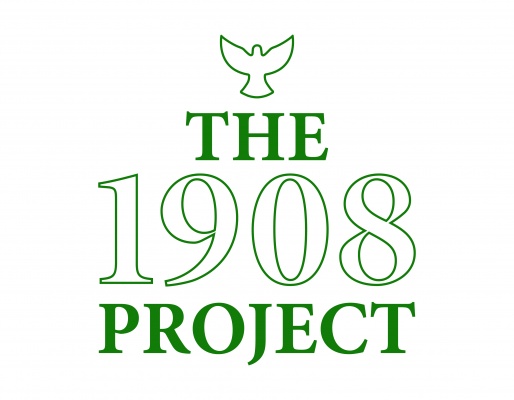 282 people have signed this petition. Add your name now!

The 1908 Project is a fellowship of Nazarenes seeking to speak to the denomination concerning issues that undermine our historical and theological roots. The 1908 Project hopes to restore the gospel to the polity, practice, and heart of the Church of the Nazarene.

We are advocates for a commitment to holiness located within a well-articulated theology of love that shapes the character and commitments of all who call themselves Nazarenes. We are a movement to resource and support women and men working to lift up the name of Jesus Christ and who practice love, grace, and justice in the kingdom. We seek to be a people of God who are restored in the image of God and who reflect that image of love, righteousness, mercy, and justice and build a culture that proclaims Christ’s love for all of humanity and welcomes that humanity into the full fellowship of the Kingdom.

To this end, we wish to address the issue of White Christian Nationalism and its related theme of Christian Supremacy (the culture of “otherness”) and the racism that has historically marginalized people of color and the poor within our faith community. The preventing grace and prevenient of God’s mercy is always and in all ways woven into God’s works – and in all things God’s love is unifying. It is found in all of creation, every race, tribe, religion, and seeks out all of humanity.

The influence of White Christian Nationalism and Christian Supremacy in the practice and witness of the Church of the Nazarene threatens the very fabric of who we are as followers of Jesus. Linking our faith to any specific political or economic agenda reflects a distortion of the gospel that corrupts the central message of grace and peace and seriously compromises our capacity to be a people called to be holy and separate from the world ordered against the person and purpose of God in Christ.

The silence of our denominational leaders in response to the insurrection of January 6, 2021 and other efforts to link the gospel to a specific social, political, and economic agenda that implicitly or explicitly oppresses people of color or the marginalized can no longer be ignored. Further, the failure to provide a consistent application of the general rule to not become entangled in national politics seems not to be the case in the United States as clergy and laity and leaders either were present and/or endorsed the underlying political narrative that led to these events.

Therefore, The 1908 Project is standing in solidarity with our brothers and sisters in the orthodox community speaking to the corruption of faith that leads to the justification that the invasion of Ukraine was for the protection of a specific religious orthodoxy. The narrative of power embraced in White Christian Nationalism and Christian Supremacy, whether Russian, European, or American undermines the gospel of Jesus Christ, whose obedience led him to the cross and the proclamation of peace and freedom.

We look forward to hearing from you and scheduling meeting(s) with denominational, educational, and district leadership to discuss these and other issues related to the 1908 Project.

The Orthodox Declaration: Adapted from Religion and Praxis*

“There is no Holy One like the Lord,
no one besides you;
there is no Rock like our God.
Talk no more so very proudly,
Let not arrogance come from your mouth;
For the Lord is a God of knowledge,
And by him actions are weighed”

We recognize that Christian traditions historically ascribe holiness to God alone. Neither nation or state, nor any political community can legitimately claim intrinsic holiness.

Christian identity is not singularly, exclusively, or supremely held by a nation, a race, or a civilization. The integrity of the Christian witness is distorted where it is used to create separation between people and people, between race and race, between nation and nation, and between civilization and civilization.

Russia, the United States and wider Europe have historically been home to a plurality of religious, ethnic, and linguistic communities. The integrity of the Christian witness is distorted by political aggression, the infliction of bodily harm, suffering, and disadvantage, or the denial of the rights and integrity of communities with whom we coexist – be it in name of Christian Nationalism or in name of the so-called Russian World (Holy Rus).

Christian identity and Christian Supremacy has been misused against both Christians and non-Christians: in outbursts of sectarian violence, in the horrific persecution of Jewish, the LGBTQIA community, other minorities, and against the peoples of the world who Christian colonizers sought to forcibly convert. The integrity of the Christian witness is distorted by the use of aggression in matters of religion and by the use of religion in matters of aggression.

Christian scholars must be ready and willing to speak out against unholy alliances of Christianity and political power, and especially in the context of nationalism, populism, and new forms of totalitarianism. The integrity of the Christian witness is distorted when the appropriation of Christian identity remains uncontested from within Christian traditions.

The abuse of the Russian World teaching has been thoroughly rebutted as non-Orthodox by international Orthodox voices. Orthodox theologians have not hesitated to condemn the fratricidal war against Ukraine as “the repetition of the sin of Cain”. The integrity of the Christian witness is honored by Christian solidarity with those who speak truth to power.

We call for the development of an ecumenical “Theology after Christendom”

Drawing upon Scripture, reason, and the rich traditions of the Christian churches around the world, 21st-century Christianity needs to nourish its reflection on theology and political thought, specifically investing in an ecumenical “Theology after Christendom”. Orthodox, Catholic and Protestant scholars must support one another in resisting the sacralization of political communities, and in offering resources to articulate a theology committed to the common good, to truthfulness, and to justice.