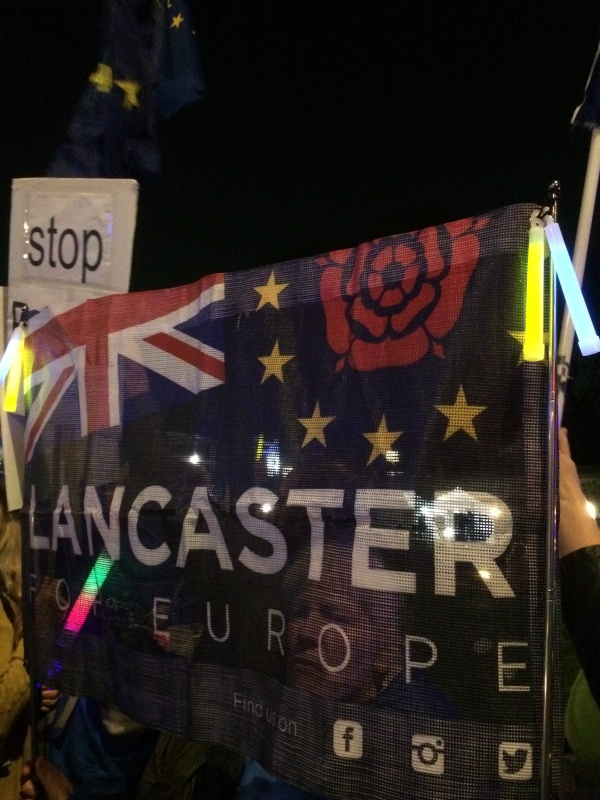 Here is the wording in English:

(An appropriate New Year greeting to the citizens of country X)

We wish to thank the European Union for forty-seven years of progress, achieved through mutual respect, discussion, and co-operation.

We are pleased the United Kingdom, as a founding member, will remain in the Council of Europe. Although we are no longer a member of the European Union, we are still European, and will always be a part of Europe.

A large number of United Kingdom citizens have appreciated being part of the European Union, and regret that some of their politicians and public figures, including at the highest level, have used intemperate language, and have lacked common courtesy.

We send best wishes to you, our neighbours in (country X), expressing a hope the links of friendship and co-operation remain.

Lancaster for Europe is aware this open letter will not create political change. But it will express our thanks, and our sense of loss. Not only the economic loss, and the loss of opportunity, but the loss of a belief in openness, sharing, and co-operation.

Thank you for signing this letter.