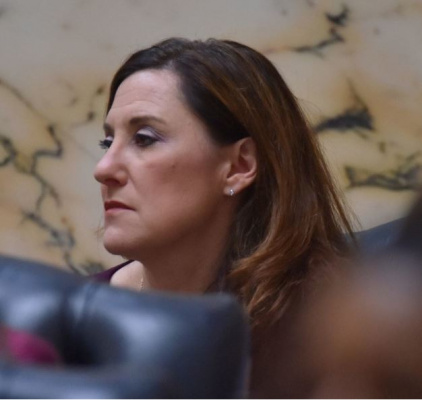 Prince George’s County is one of the wealthiest and most highly educated ­majority-African American jurisdictions in the nation; however, its residents, who by the way, pay the highest rates of MD income and property taxes, are continually denied the same level of services extended to more diversified counties, and are continually disrespected by ignorant and small-minded people who uphold the racist ideals of their ancestors and perpetuate stereotypes about black people in an effort to manipulate the black narrative in this country. Prince George's County is often regarded as inferior although it is comprised of excellence; the negative connotation associated with being a person of color in this society has resulted in the inaccurate classification of and neglect of the county itself, and of its residents, simply because it is majority African American.

Mary Ann Lisante, MD delegate for Harford County, is the latest public official to "accidentally" express her true feelings about African Americans (under the guise of cigar smoke and liquor) by targeting the "n----s" of Prince George's County, who by the way, will not be tolerating this ignorance. Lisante told another white lawmaker that when he campaigned in Prince George’s on behalf of a candidate last fall, he was door-knocking in a “n----- district.” This woman is unfit to hold public office and should not be trusted to represent anyone, especially the people of Maryland and Harford County. Her recent admission confirms she cannot be trusted to do her job, which is to work in the best interests of ALL races and classes of constituents in her jurisdiction.

While Lisante has been stripped of her leadership status, she is still gainfully employed and being paid by MD taxpayers, which include African American residents of Prince George's County. What a shame that none of the MD lawmakers who witnessed her comment publicly criticized her or made a formal complaint to House Speaker Michael E. Busch (D-Anne Arundel) about her ignorant and racist remark. It was members of the Legislative Black Caucus who heard about the incident and urged elected MD leaders to take action. We too must take action and organize; there is power in numbers and in the black dollar--it is time our contributions to this country are recognized and rewarded!!

We, the undersigned, urge MD's Black Legislative Caucus, Gov. Larry Hogan and Prince George's County Executive Angela D. Alsobrooks, to terminate or impeach MD Del. Mary Ann Lisante from her position of public office; she does not deserve to hold the seat or represent the interests of any person living in Maryland or Harford County.

POWER TO THE PEOPLE!!