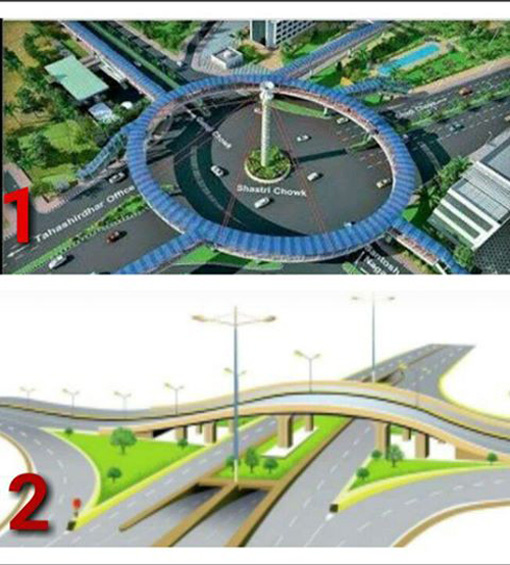 Tell your Govt about How Shahshtri Chowk Raipur shall be developed...

This petition is being started to share what people of Raipur feel about the need of development at Shashtri Chowk Raipur. Since last multiple years the plan of over-bridge from Tatibandh to Telibandha had been on cards under planning stage. Just before next election State Govt has started a new project of Sky Walk of worth of 500 Crores at Shashtri Chowk Raipur which would definitely be an obstruction and wastage of public money without any benefit. If walking people on street is a real traffic problem than underground Subway should have been planned for people to be able to cross the street easily which would have been much beneficial and non obstructive even for over bridge bypassing from Shastri Chowk, It's a very poor planning by State Govt and Bureaucratic Officers of Chhattisgarh and is a blatant wastage of public money. Now the time has come when citizens or locals are required to raise voices against such nonsense decisions. Please sign this petition & share with as many friends as possible to share your views with Chhattisgarh State Govt and also share PMO regarding the an act of wastage of public money by State Govt of Chhattisgarh. Public interest regarding Nation Building & Development has become a must and it shall be communicated back to the State Govt & Central Govt of India to stop this huge wastage of public money. If we continue to keep mum we'll never be able to be become a Developed Nation but will just remain a puppet voter class.