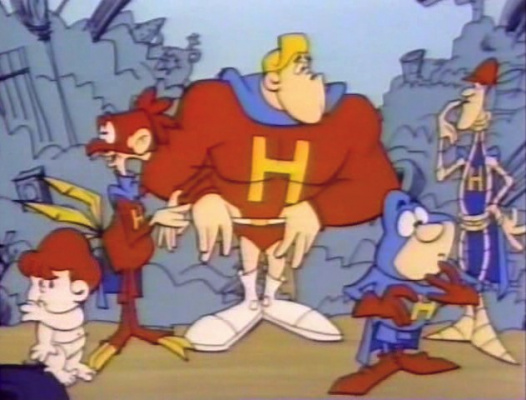 In the 1960's a BRILL novice animator named RALPH BAKSHI pitched an idea for a Saturday Morning programme to CBS Network Executives, after ALL of the ideas from BAKSHI'S superiors at TERRYTOONS were rejected. BAKSHI offered the concept of the show out of thin air, making it up & improvising as he went along...and CBS **BOUGHT** it!

The result was a HELLA zany, hilarious production that ZADS of animation fans STILL hold near & dear to their hearts ; The MIGHTY HEROES even had a MARVEL Comics adaptation in 1996, and made a return to telly - as guest stars in BAKSHI's "MIGHTY MOUSE : The NEW Adventures" in the 1980's.

It's HIGH TIME this series got the respect of a permanent renaissance it SORELY deserves!