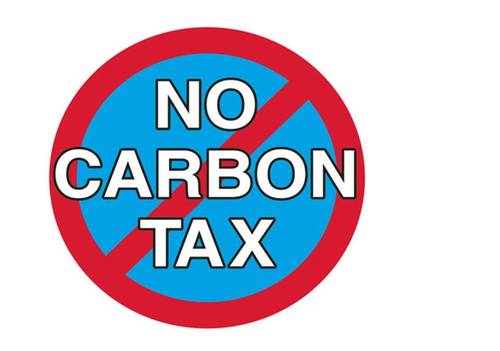 Tell Vermont Legislators to Say NO! to a Carbon Tax

Vermont lawmakers are considering a carbon tax that could add up to an additional 89 cents to a gallon of gasoline, 58 cents to propane, and $1.02 to a gallon of heating oil and diesel fuel. Let's send our legislators a clear and strong message that the voters of Vermont cannot afford a carbon tax and do not support this proposed legislation!

While many Vermonters do in fact support ending our reliance on fossil fuels, this legislation arguably isn't the way to do it and now (when our economy is just starting to recover) is not the time to add such a drastic tax onto our citizens.

The proposed carbon tax is designed to force Vermonters to reduce our consumption of heating and motor fuels but will disproportionately hit lower income Vermonters and those in the rural parts of the state with longer commutes to work, school or shopping. Furthermore, a carbon tax illustrates a clear bias towards working professionals as opposed to farmers, tradesman and those working more manual labor jobs requiring larger, 4-wheel drive vehicles and equipment that are less fuel efficient. Apparently our lawmakers have forgotten that this country was built by men in blue jeans not men in suits.

Lawmakers claim the tax will be offset by other reductions in other taxes but don't let them fool you - this legislation is not revenue neutral. The current proposal allows the state to keep 10-20% of the tax collected and that's assuming money isn’t raided by lawmakers to avoid cuts to other government programs in the future.

Let's send a clear message to our elected officials in Montpelier - NO Carbon Tax!