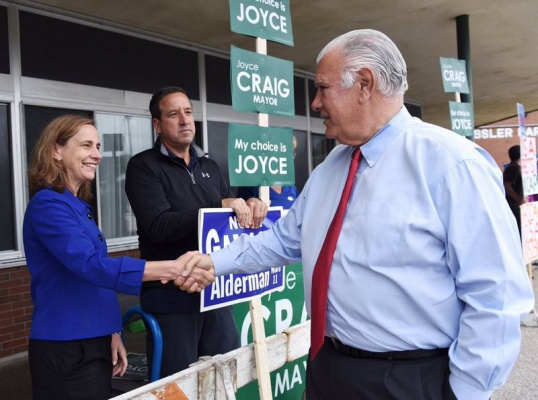 On September 29, Manchester mayoral candidate Joyce Craig challenged Mayor Gatsas to a series of debates and forums to discuss the issues most affecting Manchester residents. Despite reaching out to Mayor Gatsas’ campaign and releasing a public statement, the challenge has gone unanswered.

Joyce Craig proposed Mayor Gatsas join her in attending three forums this fall at Central, Memorial and West High Schools where Manchester residents can ask both mayoral candidates about their vision for the city. In addition, she challenged him to four moderated debates to be hosted by WMUR, NHPR, Jack Heath, and the Greater Manchester Chamber of Commerce

Sign the petition to tell Mayor Gatsas to accept this challenge and share his positions directly with Manchester voters.