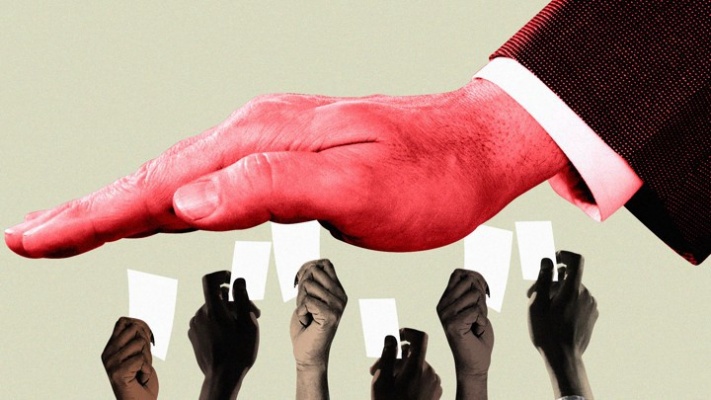 Racism Has No Home Here 0

Tell Clavin to Stop Racial Discrimination in the Town of Hempstead

Racism Has No Home Here 0 Comments
110 people have signed. Add your voice!
11%

The Town of Hempstead’s Temporary Redistricting Commissioners must have had their fingers in their ears during their four public hearings. On Thursday, the Commission chose to ignore the pleas of hundreds of residents and concluded its work session with a motion to recommend the Town Board consider keeping communities whole as its ONLY consideration in redistricting.

Municipal Law requires that it must draw districts with less than 5% population deviation. The second priority is that “districts are not drawn with the intent or result of denying equal opportunity of racial or language minority groups to participate in the political process.” Section 2 of the Voting Rights Act requires “that if there is racially polarized voting and if a minority opportunity district can be drawn, then it must be drawn.”

The 2023 census found that 47% of the Town of Hempstead residents are people of color, yet the GOP map draws only one majority-minority district. All five of the Democrat’s maps create three majority-minority districts. The Republican Commissioners chose to ignore NYS Municipal Law, the Voting Rights Act and NYS John R Lewis Voting Rights Act by skipping over the requirement to consider the growing minority communities in the Town of Hempstead and is ONLY considering keeping communities whole. So, they put Elmont, which is 90% people of color, in a district with Garden City, impairing “the ability of members of the protected class to elect candidates of their choice or to influence the outcome of elections.” Obviously, the intention of the GOP is to dilute the voices of people of color’s influence on the Town Board.

Racial discrimination in the Town of Hempstead must end!

Please sign this petition and demand compliance with the Voting Rights Act and approve maps that create three majority-minority districts as the 2023 census warrants.

* Please ignore any request for donations to ipetitions. Ipetitions is a "free petition program" and not associated with our efforts.