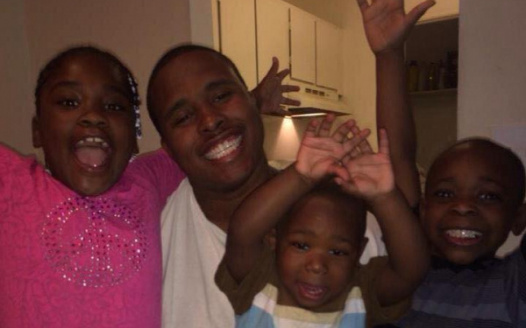 Help me fight for right for Landon Terrel.

In August 2017, Landon was arrested on a false warrant for several elder abuse and neglect charges including 2 murder counts. The warrant stated he "confessed" to beating a 91-year old man to death in a nursing facility. However, when the facts of the case came out during the trial, there was no such confession, but rather several voluntary audio and video statements Landon provided to the Cobb County Police. Landon was held accountable in using poor judgment by failing to report the patient complaining of pain. Landon's statements to the police were true and consistent. Landon is honest and forthcoming; as well as, a man who just wants to do the right thing. Personally, I would certainly call him a gentle giant! Even though he told the truth about what happened consistently and was cooperative with the police, who questioned him several times; he was still arrested on stretched charges such as a felony murder charge & 2 counts of abuse charges (just to name a few). Most of the charges were determined to be Not Guilty as the jurors did not feel Landon murdered or abused anyone and the jurors got it right. Landon would never confess to something he did not do, and he was adamant that he did not hit or punch the patient. He was consistent, truthful and honest.

If you followed the case, then you know we don't have answers as to why Landon was so overcharged in the first place; when a less severe charge would have been more appropriate for a person with no criminal record or history of neglect or abuse in any nursing facility. We also don't have answers as to why no other scenarios were investigated that the defense presented. It was obvious to see there was an extreme amount of reasonable doubt. The patient was a fall risk and could have fallen (which both medical examiners agreed the injuries sustained were consistent with a fall). I can go on and on about the injustice in this case, but Landon and I are strong believers that God is intentional and that this happened for a reason. This setback will push us both to our God given purpose. Sometimes we're setup, with setbacks only to comeback with a greater story and testimony that will bless others!

With all that said, I'd like to petition your support for Landon's release. On August 2nd, Landon will be back in the Cobb County Superior Court for sentencing and we need your help! We will be asking the judge to grant Landon time served and release him on time served. We believe God for great things! Also, another way you can help would be to write a letter of support that we will provide the judge at sentencing. Letters can be emailed to teamterrel.timeserved@gmail.com. We thank you in advance for your help, "for where two or three are gathered together in my name, there am I in the midst of them." (Matt. 18:20).

Please sign our petition in support of Landon; #TeamTerrel #TimeServed