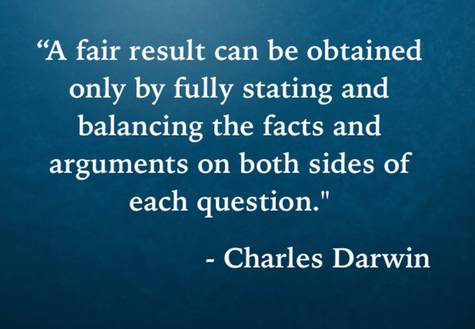 Teach the Pros & Cons of Neo-Darwinism in Florida Schools

Despite the existence of legitimate scientific debates involving neo-Darwinism, the right of teachers to cover these debates is often in question. There have been repeated cases around the country where teachers have been intimidated or penalized for discussing scientific criticisms of chemical and biological evolution. As a result, many teachers are afraid to discuss the scientific weaknesses of neo-Darwinism.

Under an academic freedom law, Florida teachers could discuss controversial scientific questions about origins and evolution without fear of losing their jobs. They would have freedom to delve into such issues as whether the Galápagos finches provide evidence for macroevolution, whether science has come up with a plausible explanation for the origin of the first life, and whether DNA evidence demonstrates a grand "tree of life."

Discussion of the scientific controversy over evolution fosters critical thinking and open-mindedness. It engages students in scientific inquiry and teaches them the full facts of biology, paving the way for high-level learning.

We, the undersigned, urge the State Legislature to adopt legislation that protects the academic freedom of teachers to discuss the scientific strengths and weaknesses of evolution without fear of repercussions.