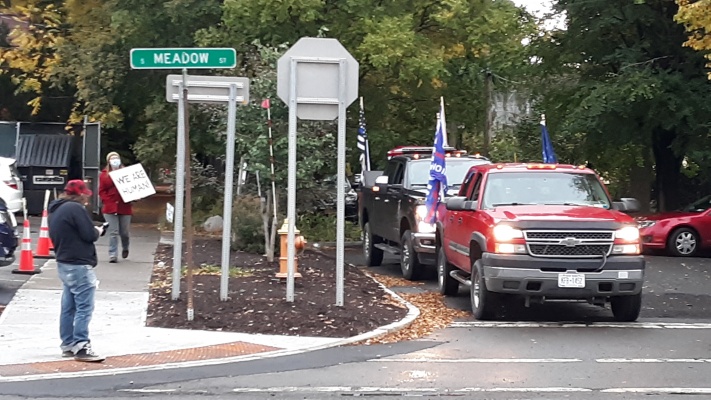 We are residents and supporters of the Cleveland Ave. neighborhood, a historic part of town that is home to the Southside Community Center which hosted Eleanor Roosevelt at its founding and has been the heart of Ithaca’s Black community then and since. The AME Zion church is here too. It was part of the Underground Railroad and Fredrick Douglass once visited there.

We are offended by the cynical use of our neighborhood by the Tompkins County Republican Party and Tom Reed in particular to generate conflict and propaganda. They are certainly aware that many in Ithaca do not support Trump and feel personally harmed by his rhetoric and policies. They chose to set up their headquarters, host a Trump rally and hold a self-righteous press conference at the end of Cleveland Avenue to provoke and incite and generate propaganda video footage for their campaign. Rather than work to serve our interests as our representative, Reed creates divisive photo ops and then chastises the people he has offended. This is not leadership. This is vile partisan game-playing.

We demand that you stop abusing our community.