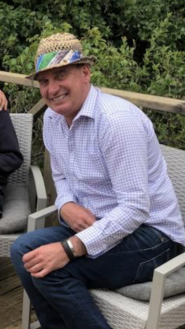 My brother has been turned away from the Royal Hobart Hospital 7 times.
7 times he has attempted suicide or been suicidal. The reason for him being turned away is that the hospital does not have enough beds. Patients spend days and nights sleeping in the emergency department or in hallways whilst staff do not know what to do with them as they have nowhere to put them. So only hours after attempting suicide, they are told they can leave. My brother was even given a bus ticket.
I am starting this petition to rally to the Minister for Health Michael Ferguson MP.
Minister Ferguson needs to make a change to the health system now. It has already been too late for too many families and loved ones as the change has been to slow. Too slow to make room for more beds. Too slow to find appropriate buildings to open up and separate the Mental Health patients from the main hospital.
Minister Ferguson, you need to listen to the people. Listen to what is actually happening in our hospital and it’s aftercare.
Tasmanian people are trying to bne heard. It is our health system. And you are the one that is responsible for change. So this petition Me Feeguson is to show you that the people want a Senate Enquiry into the Health System.
Time for you to do your job.
Save some lives !!!