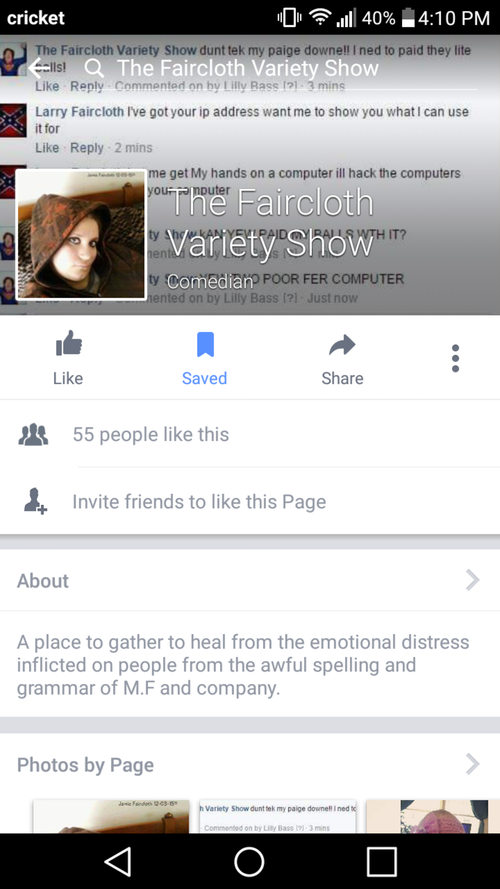 This group on facebook has been harassing me and my family for weeks they were asked number of times nicely to take it down they also stole pictures that belong to me and my wife they have called me and my wife name's among other things.they also steal my 14 month old some pictures when I tell them it's theft they tell me as long as it's posted on facebook it it up for grabs So please help me take this facebook groups down. I've reported this group had friends report and facebook still allows them to run this group and keep runing my familys name into the ground