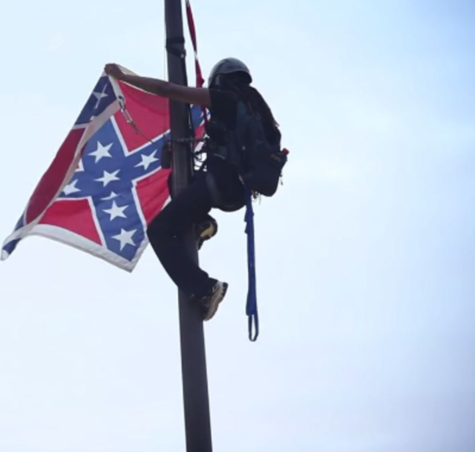 Take Down Slavery Symbols in Hollywood

“While Florida removed flags with the Confederate emblem on them from State Capitol grounds in 2001, there are still remnants of the old South remaining. Specifically in Broward County, where at least three unassuming streets honor Confederate generals. While many streets throughout the county are named after presidents and Union generals, these three remain, as ever, homages to generals who fought for the South.”

We are a coalition that has united to call for ending official support for symbols of slavery in our cities. They pay tribute to systemic racism that enslaves and brutally oppresses people of color to this day.

We will be presenting the People’s petition to Hollywood City Commissioners demanding that the names of Nathaniel B. Forrest, John B. Hood and Robert E. Lee be removed from our streets.

Forrest was a war criminal who made his fortune in the slave trade. After the war, he helped to conceptualize and became a founding member of the KKK.

Hood and Lee betrayed the United States by deserting from it's military, joining the Confederacy and supporting slavery.

We propose that their names be replaced with those of Abolitionist heroes, Sojourner Truth, Harriet Tubman and Frederick Douglass.

We invite you to join us as we fight for an end to the ideology of white supremacy which permeates the governing institutions of our nation.