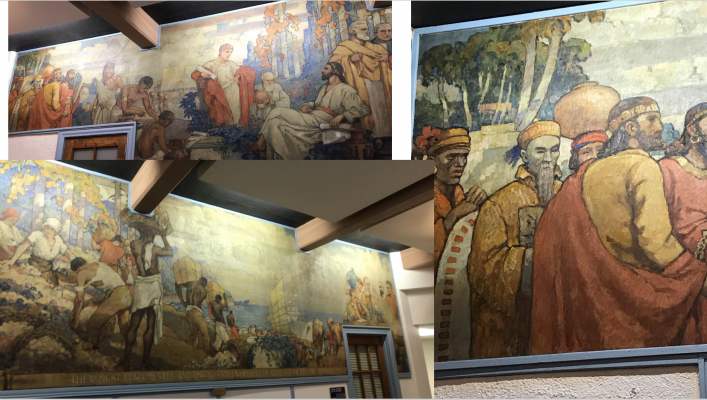 The mural that stretches across the main hall of Griffith shows slaves and women picking what resembles cotton. It also shows other men of color in stereotypical ways, always serving at the hands and feet of Caucasian men. The people in positions of power are only shown as Caucasian men. Due to the sexism, racism, and discriminatory power dynamics, the mural should be taken down. This is not something to proudly display because it does not represent our university today. USciences students should not have to look at this mural only to see that we are NOT represented as the pharmacists, scientists, or doctors that we will become. Instead, we see people of color as servants in tattered clothing, represented to show that we are not good enough. Times are changing, and we are becoming a more inclusive and diverse campus. As a student of this university, sign this petition to take down this disrespectful and outdated mural. Taking it down and archiving or putting it in the museum will acknowledge that it is history, but it no longer represents us as a university.