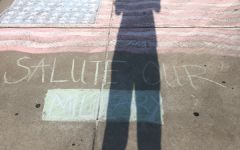 Take back our Government!

We the People of the United States, in Order to form a more perfect Union, establish Justice, insure domestic Tranquility, provide for the common defence, promote the general Welfare, and secure the Blessings of Liberty to ourselves and our Posterity, do ordain and establish this Constitution for the United States of America. - US Constitution

We hold these truths to be self-evident, that all men are created equal, that they are endowed by their Creator with certain unalienable Rights, that among these are Life, Liberty and the pursuit of Happiness.--That to secure these rights, Governments are instituted among Men, deriving their just powers from the consent of the governed, --That whenever any Form of Government becomes destructive of these ends, it is the Right of the People to alter or to abolish it, and to institute new Government, laying its foundation on such principles and organizing its powers in such form, as to them shall seem most likely to effect their Safety and Happiness. - US Declaration of Independence

that the nation, shall have a new birth of freedom, and that government of the people by the people for the people, shall not perish from the earth. - Gettysburg Address, Abraham Lincoln

These documents, these windows into American national history, have a recurring pair of words that define US government: The People. The average American Citizen. Those who pay US taxes, those who keep the nation afloat, those who vote on national policy, those who vote for US Congress and presidents who represent We the People. Or so we thought.

In recent years, it has been brought to light that those we elect into positions of power have been flaunting their power to try and undermine their colleagues on both sides of the political aisle - often at the expense of the common American. Recent examples of this power game have been: Nancy Pelosi of California - D via plane travel during lockdown in 2020 - 2021, President Donald J. Trump of New York - R via consistent use of Presidential Acts to find evidence of corruption, 2016 - 2020, the Republican filibuster, 2016 -2021, and the Democratic trials for Supreme Court nominees, 2016 - 2020. All the while, we - the average American have been watching from the sidelines, wondering what happens to those who represent us - often worried as to what this would mean for our friends and family, to our jobs and careers, to our education, and the education of the next generation.

I, Ryan N. Dunham, an average working class age American, wish to see term limits and accountability of our elected officials. The President of the United States and our State Governors have set term limits - The President can only be in the Oval Office for two terms of four years, and Governors can have different terms per state. I wish to see term limits across the entire government structure. For instance, I wish to see US House Representatives serve a single term limit, and Senators serve a three term limit, based on the fact that, in the constitution, US State Representatives are voted in every two years, and Senators every six years.

I also wish for accountability for all politicians, and for every politician to be voted out of office for abuse of power. The President can be impeached by congress, I wish for the average citizen to have a say in not only the impeachment process, but for we the people to have the final say in the accountability of US congressmen, and for accountability and term limits, and a fixed number of US Supreme Justices: Seven Justices, no more, no less.

This concerns not just this party or that party, but all Americans, as our government is to be of the people, by the people, for the people. I cannot be the only voice, I need every citizen possible to sign this. Are you in for taking back our government?