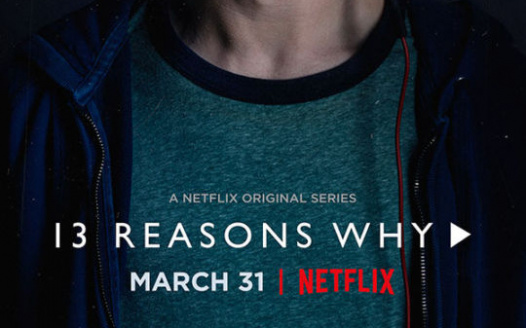 Take “13 reasons why” off Netflix

The Netflix original show, “13 reasons why” is a terrible, disgusting, and disturbing show, with obscenely graphic content, depicting a teenage suicide showing the character slitting their wrists, showing a character getting rapped, and a character getting beaten and having a broom stick forced into their butt. This show has claimed to bring suicide awareness, It found that within three weeks of the series premiere on March 31, 2017, there was a significant rise in internet searches concerning suicide, by about 19 per cent (900,000 to 1.5 million more searches than usual, in other words). In that same three weeks, it also set a record for being the most tweeted about TV series in 2017 so far. In the study, the authors wrote, “Our analyses suggest 13 Reasons Why, in its present form, has both increased suicidal awareness while unintentionally increasing suicidal ideation. The most rising queries focused on suicidal ideation. For instance, ‘how to commit suicide’, ‘commit suicide’ and ‘how to kill yourself’ were all significantly higher.” There have also been rises in teen suicides since the show came out. I think this show is nothing but bad and should not be on Netflix anymore. I’d like to send this petition to Netflix to get them to take the show down for it’s inappropriate and disturbing content.