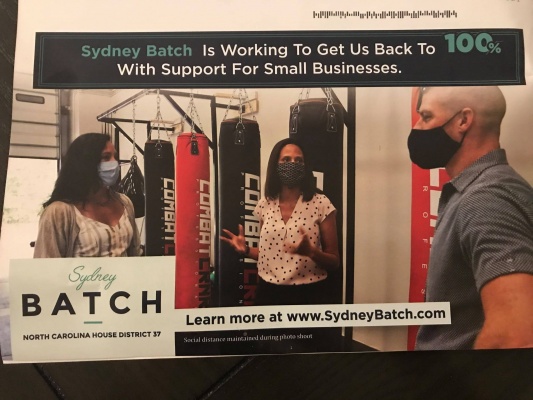 Now Sydney is running to hold on to her seat in District 37 - a seat seat she's worried about keeping. How do we know? Because she sent out this campaign mailer which falsely claims that she's working hard to get North Carolina business back on track. She's not. Sydney Batch voted 4 separate times to keep our health clubs and bars shut down - even when numerous scientific studies pointed to improvements in the state's COVID-19 infection rates.

With this petition, we demand that Sydney Batch stop lying to North Carolinians about her record, and for her to come clean about her record of voting 4 times to keep heath clubs and bars closed.