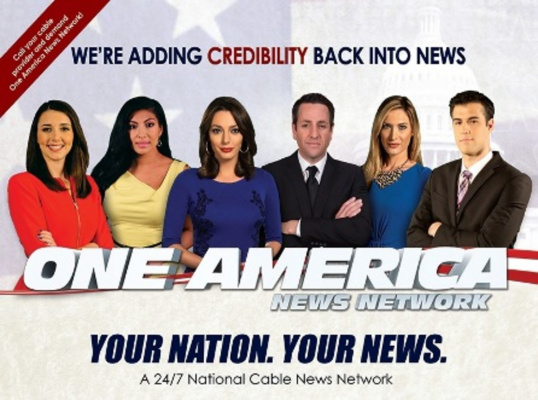 Switch From Fox To One America News

10241 people have signed this petition. Add your name now!

One America News Network was founded by 77-year-old circuit-board millionaire Robert Herring Sr., OANN launched in 2013 as an answer to the extremely opinionated content of mainstream news channels—and a place for viewers that were too conservative for Fox News. Under Herring’s direction, the network embraced President Trump enthusiastically, and in recent months the once-obscure cable news channel has been basking in a surge of attention from Donald Trump himself.

One America News Network, or OANN for short, is a right-wing cable news channel that wants to take on Fox. As of late, Fox has started to become more liberal based and more opinion based instead of real news coverage. We created this petition to spread awareness amongst our fellow Americans for a fact-based news program so we are all up to date with real news and reports. Here's to making America GREAT AGAIN!