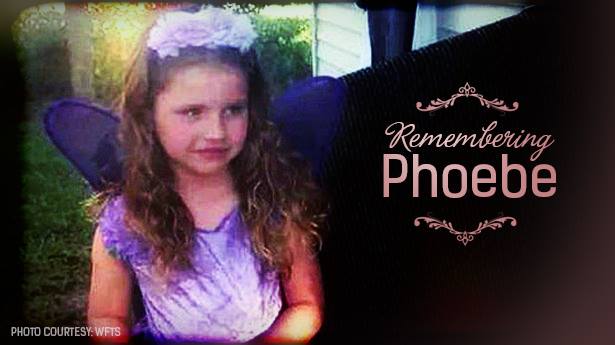 Today we learned of the horrible crime committed against five year old Phoebe Jonchuck. We also learned that the father of Phoebe is the person who committed this crime. As a parent and tax paying citizen, I feel that crimes against children are the most despicable acts of violence displayed by humans. Children should be looked upon as our future and our investment towards a better tomorrow. There should be no shortage of love and patience given to our children and crimes of this nature just can’t be tolerated any more. Here in America, we have a due process justice system which gives a perpetrator the right to a fair trial. We also have a prison system which provides meals, education and work to inmates in hopes of turning criminals to productive citizens in our society.

When a parent kills his or her child, that parent has decided to not even give their flesh and blood that standard our society would give a hardened criminal at a chance to make something of themselves in our society.

Phoebe Jonchuck was denied this opportunity for reasons she had absolutely no control over. She was in a sense discarded as a way to prove a point between two parents. She was treated this way by the person she had no choice but to turn to for help. And as for the nature of this crime, we can only pray that this young life will be remembered and cherished by her family.

We as citizens of America have a responsibility to act when our justice system moves in a direction not ideal to the circumstances. I do not feel from a juror’s perspective that the person who commits such a crime should be allowed the luxury of a chance to have life. To many times over, our justice system gives a criminal life as a result of a deal between prosecutors which means tax payers have to “foot the bill” while this criminal has a chance to change his or her life, has a chance to show remorse for their actions and possibly become a productive citizen again.

My stance and reasoning for this petition is that I want our justice system to come up with a swifter due process against crimes of this nature involving children. This criminal was apprehended with irrefutable evidence that he committed this crime. This crime was against his child. All comments and post on media outlets abroad suggest other citizens feel this way as well. Although we can’t take matters into our hands, we can sound an alarm to show our leaders that we are sick and tired of waking up to news stories of this magnitude and watching our justice system basically send a message that life in prison is your option. For justice for Phoebe Jonchuck and other children who perished at the hands of their parents in our United States of America, I ask you to sign this petition so that our government can understand the urgency of this matter and to reform the process and send a message that we will not stand for crimes against children on our land.